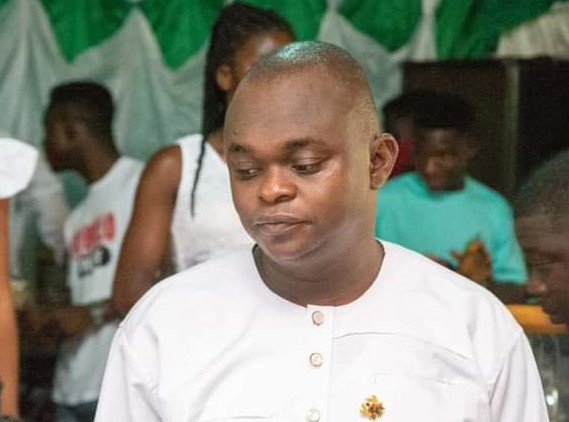 A group calling itself Concerned Citizens of Dormaa East in the Bono Region is calling for the rejection of Emmanuel Kofi Agyemang as the District Chief Executive for Dormaa East.

In a 9-page petition to the National MMDCEs Vetting Committee and sighted by First News outlined five instances on why Emmanuel Kofi Agyemang who is the immediate past District Chief Executive for the district should not be reappointed.

The petition was signed by Alan Afi, the Spokesperson for the group who is also the Assembly Member for the Preprah Shed Area.

The group is pleading with the Vetting Committee to ask Emmanuel Kofi Agyemang over 60 questions outlined in the petition to exonerate himself.

The petition alleged that Emmanuel Kofi Agyemang has sold the Assembly’s Grader and Nissan Patrol vehicle to himself without following the guidelines in the Public Procurement Act (Act 663 as Amended), Asset Disposal Act and the Auction’s Act, 1989(PNDCL, 230). The proceeds from the sale of the two vehicles have not been accounted for.

“Based on the number of allegations against Hon. Emmanuel Kofi Agyemang, he has failed to exonerate himself from the sale of the Assembly’s Grader. There was a rejoinder by Eric Twum Korang, political aide to the DCE denying the allegation on the Grader. The DCE on his part denied knowledge of the rejoinder except to say that the rejoinder was issued by one of his boys without his instruction.”

The group is also appealing to the Committee to reject the former DCE based on his comments.

According to them Hon. Emmanuel Kofi Agyemang after the declaration of the 2020 election results, he met the constituency executives at his residency and stated that he is above the position of District Chief Executive and urged interested persons to apply when the position is advertised but has made a turn around when his bid to some ministerial positions failed.

“Left with no option, Hon Emmanuel Kofi Agyemang suddenly had a change of mind to get back his position. To achieve this goal, he engaged the services of some sycophants and bootlickers to champion his course for his retention. This has compelled the Dormaa East Constituency Youth Organiser and the Secretary who applied for the job to withdraw from the race.”

The Concerned group also indicated that Emmanuel Kofi Agyemang is a threat to the incumbent Member of Parliament, Paul Twum Barima as he has the ambition to contest to become an MP. This they noted could affect the party in the 2024 elections.

They also indicated that the immediate past District Chief Executive, Emmanuel Kofi Agyemang has a poor human relationship and does not support the party supporters. The Aide to Emmanuel Kofi Agyemang confirmed on radio that ” The biggest problem that the Bono Regional NPP Executive and the Constituency Executives have with the DCE is that you will go to the residency and you will not get water to drink, not to talk about tissue paper at the residency.”

They further added that he is sideling some of the party supporters.

“Hon. Emmanuel Kofi Agyemang and his boys have built a strong cabal around themselves and if you don’t belong to this group then no matter your status, you would not be regarded. May the gods of Dormaa East follow this petition to the latter,” the group stated.

However, the Aide to the DCE, Eric Twum Korang has denied the allegations.

“We want to state emphatically that these allegations are not only fallacious but palpably immature to tarnish the hard-earned reputation of Hon. Emmanuel Kofi Agyeman as a person.”

Mr. Korang further added that “We also wish to reiterate that, any document surrounding the purchase of the Assembly’s grader in the erstwhile government under Hon. I K Kyeremeh is available at the desk of the District Coordinating directorate for public consumption. Also, the sale of it, the minutes taken under such a proposal from the general Assembly Meeting held is available at the assembly for public scrutiny.”