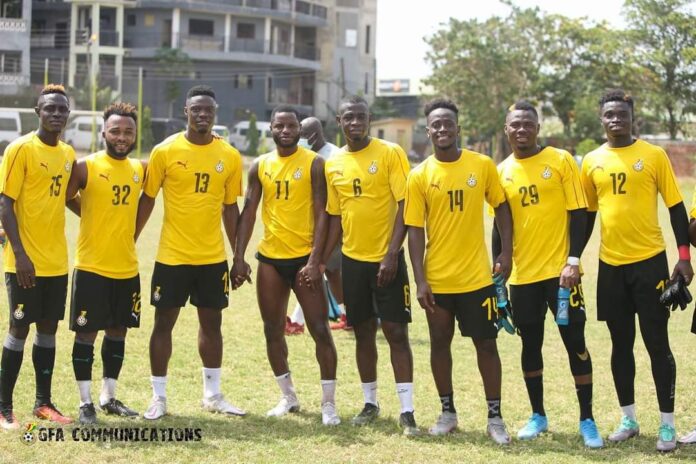 The Black Stars of Ghana will today, August 17, 2021, know its opponent for the group phase of the 2021 Africa Cup of Nations (AFCON) tournament.

The West African country booked a qualification for the continental showpiece after finishing top of Group C of the qualifiers having competed with South Africa, Sudan, as well as Sao Tome and Principe.

Ahead of the delayed Afcon draw, CAF will later this evening officially hold the draw for the tournament which will be staged in Cameroon.

“The draw for the TotalEnergies Africa Cup of Nations, Cameroon 2021 will be held at Yaounde Conference Centre on the 17th of August 2021 and will see the 24 participating teams divided into six groups of four teams each.

“The 24 qualified teams will be allocated to four pots of six teams each, based on the FIFA/Coca-Cola World Ranking, to be released on 12 August 2021 (the last ranking to be released before the date of the draw),” CAF announced on Saturday.

Ghana is placed in pot 2 of the draw, alongside Egypt, Cote d’Ivoire Mali, Burkina Faso, and Guinea.

The draw has been scheduled to start 18:00GMT.

Ghana at the 2021 Afcon will hope to finally break its jinx and emerge as Champions at the end of the tournament.

The Black Stars last won the tournament in 1982 and has since failed in several attempts spanning the last four decades.

ALSO READ  2021 AFCON: Too early to write off Ghana Black Stars
AMA GHANA is not responsible for the reportage or opinions of contributors published on the website.