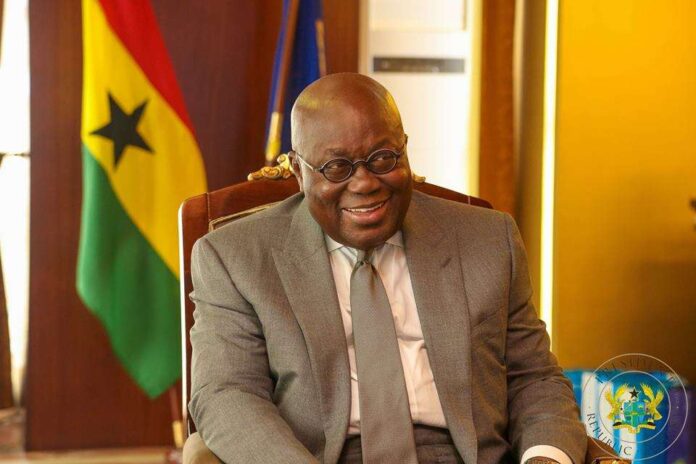 The New Patriotic Party (NPP) Germany branch says contrary to naysayers, government Agenda 111 Hospitals Project will surely see the light of day to save many lives.

In a statement from the group signed by Nana Osei Boateng who is Communications Officer, it says the project is a bold step by the ruling government to end the long-suffering and shortage of basic healthcare needs.

According to the NPP Germany branch, steps taken by the government after the sod-cutting ceremony of the Agenda 111 project at Trede in the Atwima Kwanwoma district have made it clear that government is once again on a path to disgrace all doubters and nation wreckers.

Through Agenda 111, the ruling government has set sight on completing 88 new hospitals by 2023.

Each hospital is estimated to cost a little over US$16 million.

Work has already commenced on a number of sites already.

This the NPP Germany branch wants the Ghanaian public to believe that government will keep to its promise to bridge the infrastructure gap in the health sector.

“The government that has promised to complete this project is one that has a good record of completing projects he begins and also one that is not deterred from doing daring projects that can move the country forward,” the group notes in its release.

Below is the full release from the NPP Germany branch:

AGENDA 111 IS A CREATION THAT WILL SAVE LIVES

Another bold step to lift Ghana from the long-suffering and shortage of basic needs within the country has been taken by His Excellency Nana Addo Dankwa Akufo-Addo. In his vision to make healthcare as available and accessible as possible, he has begun the business of building a hundred and eleven hospitals in Ghana within a period less than two years.

ALSO READ  Mahama & NDC imposed over 116% levies on Ghanaians but against 1.5% E-LEVY by Akufo-Addo's Government

The project details from scratch the building of 88 new district hospitals for all the districts without hospitals, and other higher grades of regional hospital facilities which brings the total to 111.

Naysayers have gone to town to muddy the waters about how impossible this vision is. They have spewed all sort of assumptions and tried to create some disconnections in association to this visionary project but the hope we have is that the President has given his word to the effective completion of this project and has outwardly focused a lot of government’s attention to this project.

The government that has promised to complete this project is one that has a good record of completing projects he begins and also one that is not deterred from doing daring projects that can move the country forward.

This project has kicked off with wonderful piece of designs created by Ghanaian super architect David Adjaye and an initial seed money of $100m. Currently the project has been assigned to contractors all over the country.

The sod-cutting ceremony which took place at Trede in the Atwima Kwanwoma district was not a usual hit and run exercise as naysayers described but steps so far has made it clear that government is once again on a path to disgrace all doubters and nation wrecks.