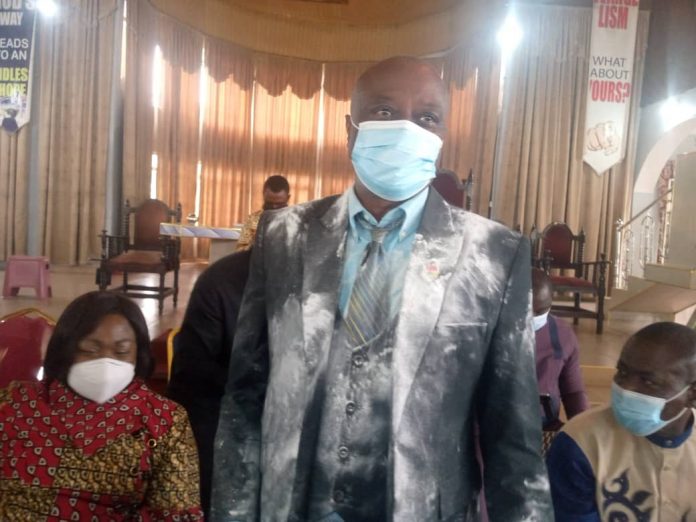 The Asokwa Municipal Assembly has voted to confirm Akwanuasa Gyimah as the President’s nominee as the Municipal Chief Executive.

Mr. Akwanuasah Gyimah polled all the 18 votes cast translating into a 100 percent.

He is the 1st of the 43 persons nominated by President Akufo-Addo last Sunday for consideration of the various Metropolitan, Municipal and District Assemblies in the Ashanti region.

Mr. Akwanuasah Gyimah, an Entrepreneur by profession, served as the first-ever Municipal Chief Executive since the Asokwa Municipality was upgraded into an autonomous administrative district from its previous status as a Sub Metro under the Kumasi Metropolis.

At the Assembly Meeting at Asokwa on September 24, 2021, to confirm his nomination were the traditional leaders led by the Asokwahene, Nana Fe-Bamoah; the Asokwa MP, Madam Patricia Appiagyei; Ashanti Regional Communications Director of the NPP, Akwasi Kyei; all the 18 elected and Appointed Assembly Members, staff of the Assembly, NPP faithful and a cross-section of the public.

In his victory speech, the new Asokwa Municipal Chief Executive, Akwanuasah Gyimah, thanked particularly the traditional authorities and the Assembly Members for reposing confidence in his leadership capabilities to continue serving the people of the Municipality.

He called for total support of all to enable him to bring development to the Municipality.

ALSO READ  Algerian Lahlou Benbraham to handle Ghana’s game against Gabon tonight
AMA GHANA is not responsible for the reportage or opinions of contributors published on the website.