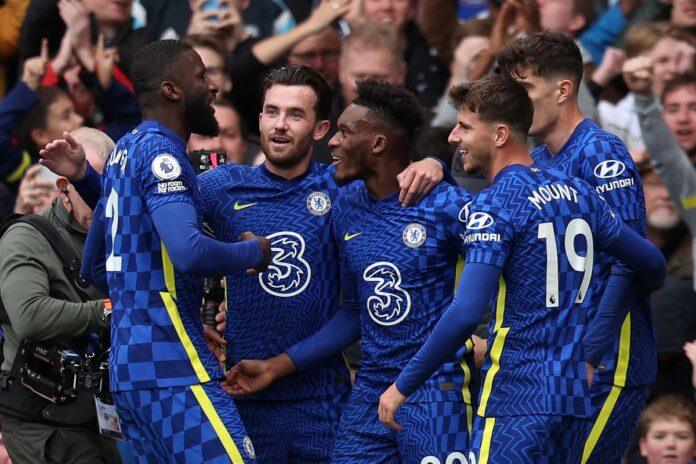 SuperSport viewers on DStv and GOtv can look forward to Round 10 action from the Premier League, with matches scheduled to run from Saturday 30 October to Monday 1 November 2021.

The top match from the Premier League for this round of action comes from North London, where Tottenham Hotspur play host to Manchester United in the late kick-off on Saturday 30 October. This clash sees both Spurs and the Red Devils looking to re-establish their credentials as heavyweights of the division.

One of the men United will be looking to for inspiration is Jadon Sancho, with the attacker yet to really set the Premier League ablaze after his big-money move from Borussia Dortmund a few months back.

“Jadon’s been around long enough, he knows football inside out and the Premier League can be tough,” said teammate Jesse Lingard. “He’s adapting. We’ve seen glimpses. He’s only going to get better. We have full confidence and hope in Jadon to succeed.”

The weekend’s action gets underway on Saturday with a potential thriller at King Power Stadium between Leicester City and Arsenal, where Jamie Vardy will be hoping to haunt the Gunners in the early kick-off, before the afternoon games are headlined by the three main title contenders: Manchester City, Liverpool and Chelsea.

ALSO READ  Ghana to get a Sports University infrastructure

The Citizens will be at home to Crystal Palace, the Blues head to St. James Park to face Newcastle United, and Liverpool will welcome Brighton & Hove Albion to Anfield for a fascinating clash. The Seagulls have been the surprise package of the league so far, but manager Graham Potter is urging his team to keep their feet on the ground.

“It’s a good start, there is no point denying that, but we’ve got a long way to go this season. If we think too far ahead or get carried away and think we’ve cracked it then we’ve got problems,” said the Brighton boss.

Sunday sees Leeds United looking to claim an away win over struggling Norwich City, before two of the league’s most ambitious mid-tablers, Aston Villa and West Ham United, do battle in Birmingham. The round wraps up on Monday with Wolverhampton Wanderers hosting Rafael Benitez’s Everton.