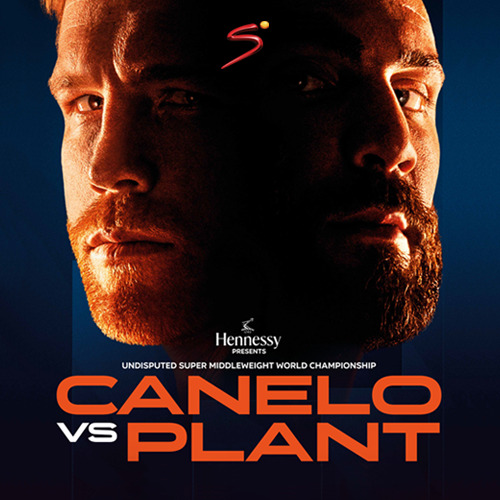 Boxing fans are in for a thrill as DStv is set to broadcast Canelo Alvarez return to the bright lights of Las Vegas this weekend for another big-money fight layered in history and drama live on SuperSport.

In the first instance, he will be seeking to become the first-ever unified super-middleweight champion. To do so, he will have to overcome Caleb Plant, the IBF titleholder, who laid down a marker of sorts when the pair got into a heated scuffle at a media event six weeks ago. The action will be broadcast live on Sunday, starting at 1am, on SuperSport Variety 1 and Grandstand.

The pair don’t like one another, not least because Plant hasn’t been shy to talk about Alvarez’s history with PEDs, something the Mexican great has taken great offence to. The fight hardly needed spice, but it’s done no harm in ratcheting up the energy.

Not only is Plant unbeaten, taller and gifted with good footwork and a style that could give Alvarez problems, he’s confident and has a great team. Hardly anyone is giving him a chance, however, because Alvarez is no ordinary opponent. He’s unbeaten since his lone loss (versus Floyd Mayweather Jnr.) in 2013 and sits atop the mythical pound-for-pound rankings. He’s relentless pressure fighter who digs hard and has a rock-solid chin. He seldom takes opponents out with a single punch, preferring the surgical approach of slowly dismantling them before delivering the coup de grace. His late-round power is frightening, and he enjoys punishing rivals who think they can go toe to toe.

Moreover, Alvarez is chasing history and will be doubly determined to put on a show. His record is an automatic entry into the Hall of Fame, but at 31 he’s still chasing landmarks and victories.

Plant thus represents an important milestone, albeit a dangerous one. He isn’t a ferocious puncher, but his movement could present problems for Alvarez, who has had problems with slicksters in the past. “It really took off at the 2010 World Cup and has now become a rich part of the African sports news context it’s everywhere.”

For all that, Alvarez is the house fighter for a reason. He always packs out Las Vegas and the oddsmakers love his work. The great Alvarez show ought to roll on, but not before a bump or two on another memorable night in sin city.

Don’t miss the action on SuperSport on DStv. Visit www.dstv.com to subscribe or upgrade and join in on the excitement.