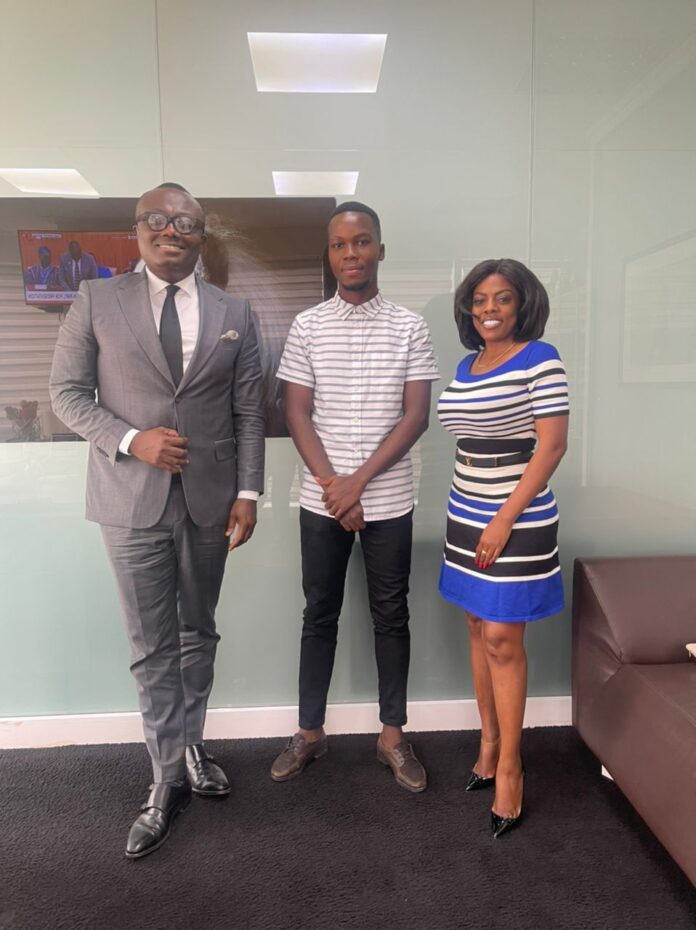 Controversial blogger Albert is embarking on an anti-cyberbullying campaign in collaboration with the EIB Network.

The blogger was on top of trends on social media after he clashed with the panel of the Next TV Starr over his tweets about  TV personalities Serwaa Amihere, Nana Aba Anamoah, Bridget Otoo among others.

The young journalist and former worker of GHBase was in a meeting with the CEO of the EIB Network, Nathan Kwabena Adisi, and the General Manager of  GHOne TV and Starr FM, Nana Aba Anamoah on Wednesday, November 17 after he publicly apologized to people he has bullied on social media to embark on advocacy to campaign against Cyberbullying.

The campaign is set to begin on Monday, November 22, 2021 spearheaded by the EIB Network.

ALSO READ  Political Will very Necessary for constitutional reforms---NCCE advocates
AMA GHANA is not responsible for the reportage or opinions of contributors published on the website.