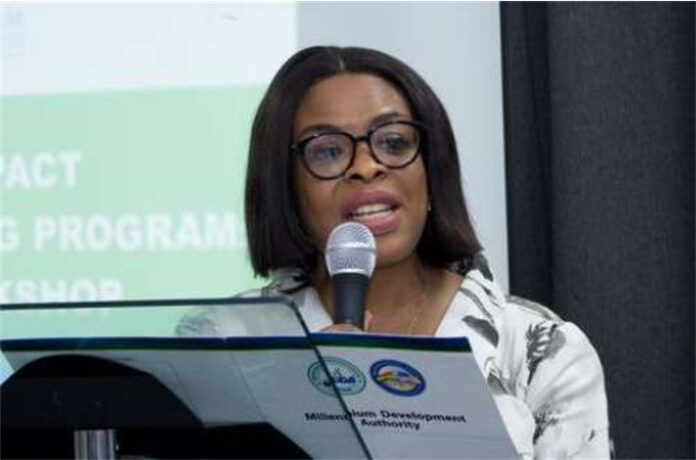 The Ghana Airports Company has appointed Pamela Djamson Tettey as the new Managing Director following the removal of Yaw Kwakwa by President Akufo-Addo.

Madam Djamson Tetteh has served in senior management roles in several companies including the mining and manufacturing sectors.

Between 2001 and 2009 she served as Executive Director and director of corporate relations at Guinness Ghana Limited breweries.

A letter from the Minister of Transport, Kwaku Ofori Asiamah indicated that  President Akufo-Addo had directed that Mr. Kwakwa appointment is terminated since 31st January 2022.

Before his removal, there was a standoff between the Ghana Airport Company and private businessman McDan Aviation over the establishment of a private jet lounge at the Kotoka International Airport.

The Ghana Airports Company had called for safety precautions to be followed before the launch of the McDan Aviation but this was ignored and the launch was held.

ALSO READ  Merck Foundation CEO and African First Ladies announce their “More Than a Mother” Song, Film, Fashion and Media Awards 2022
AMA GHANA is not responsible for the reportage or opinions of contributors published on the website.