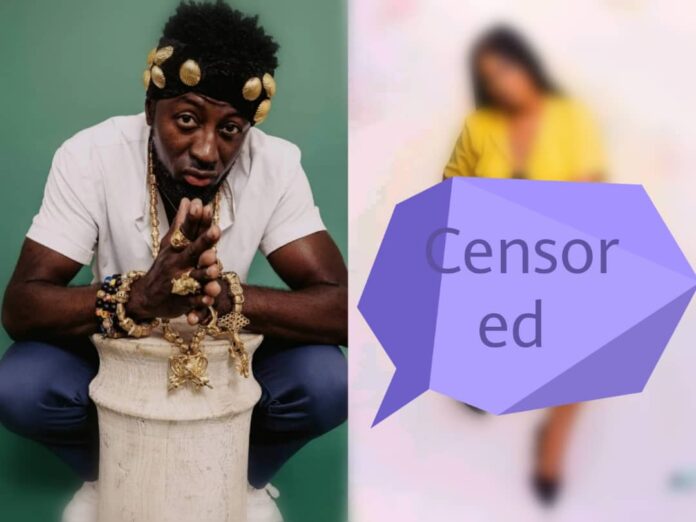 US-based Ghanaian Rapper Ohene Ntow has expressed his disappointment over the lack of professionalism in the field of photography and unreasonable concept flooding the internet in the name of photoshoots.

According to the rapper and businessman, the field of photography is one of the most explored fields the youth are venturing into and it’s very important they know what they do and research more about the job opportunities it brings.

Rapper Ohene Ntow wrote on his timeline “Looks like Photographers are running out of ideas”, as He shares an image of an absurd photo of a lady with pants running through her legs.

The rapper who is set to release an Album this year dubbed “Already King” has a lot of surprises packed on his project which he, has promised will conquer Africa through a promotional and tour strategy. His previous album “born prince die King” was able to accumulate huge numbers across streaming platforms and make headlines on major platforms in the USA.

Ohene Ntow is not only a rapper but a businessman who owns tons of businesses including a show line named “Ntow” doing so well and competing with notable shoe brands in the world.

The rapper has shown dexterity in performing and has performed on well-known platforms in Ghana and beyond. Ohene Ntow has songs like “Fatofom, “Boss”, “Money” “Sugar Banana” among other well relatable songs from his camp with a couple of good features.

ALSO READ  Pan-African fashion brand 'BSR' unveiled in Ghana
AMA GHANA is not responsible for the reportage or opinions of contributors published on the website.

Think you’re made for film and TV? Then apply to join the MultiChoice Talent Factory Academy Class of 2023!