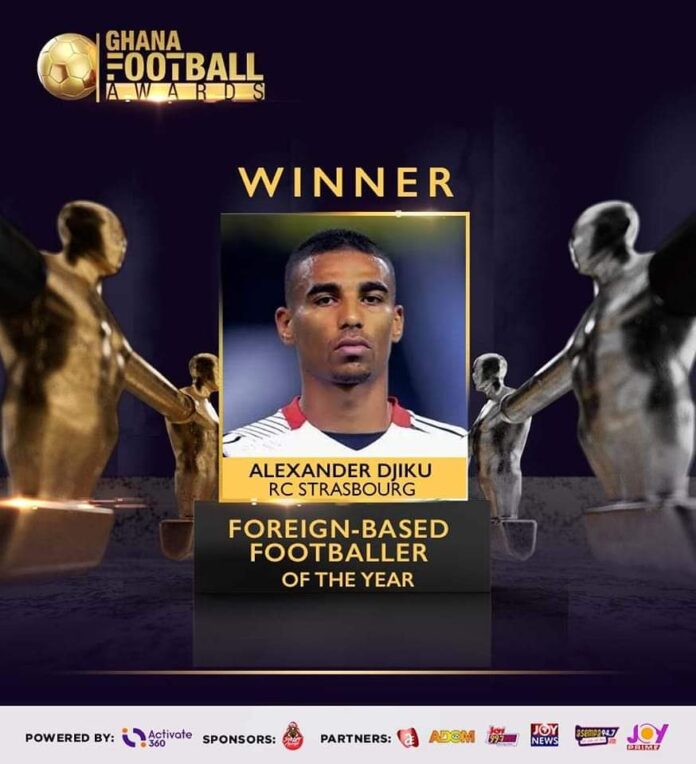 The 4th edition of the Ghana Football Awards was held at the Grand Arena, Accra International Conference Center (AICC) on Saturday, 2nd July 2022.

The Ghana Football Awards scheme has become the most coveted in the football space celebrates footballers, coaches, clubs, and administrators who have done great exploits within the year under review.

Reigning Ghana Premier League champions, Asante Kotoko, won the most awards at the 2022 edition of the Ghana Football Awards.

The Strasbourg centre-back beat off competition from Thomas Partey (Arsenal), Daniel Amartey (Leicester City), and Mohammed Salisu (Southampton), and goalkeeper, Jojo Wollacott to clinch the most prestigious accolade of the night.

AS Roma’s Felix Afena Gyan was also named the winner of the Odartey Lamptey Future Star award for his impressive performance in the year under review.

Below is the Full-list of winners