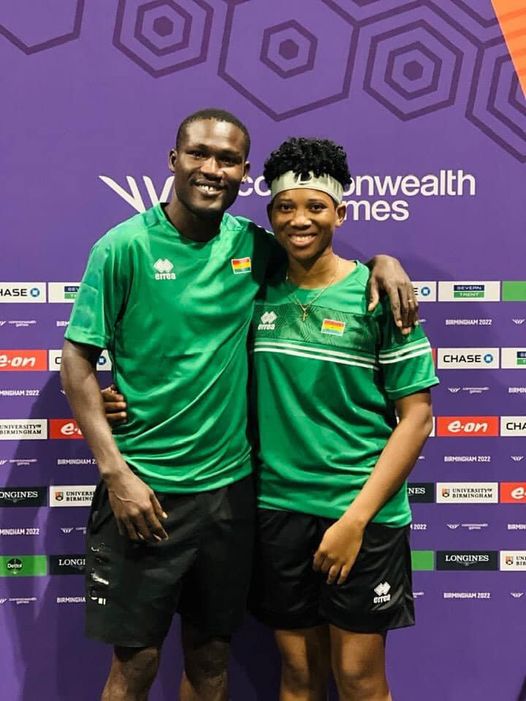 Senior players of Ghana,  Derek ABREFA, and Cynthia KWABI lost to Australia in the round of 16 in the mixed doubles event. They are out, but life goes on and they hope to come back better.

They have before beaten Jamaica 3-1 in the mixed doubles event.

According to Derek ABREFA, their opponents were stronger and better though they did their best.

Derek Abrefa and Cynthia Kwabi were defeated by Australia’s Lum Nicholas and Jee Minhyung in the round of 16  as they have been eliminated from the table tennis mixed doubles competition.

In another mixed doubles competition, Millicent Ankude and Emmanuel Commey defeated the Mauritius pair by 3-2, but they could not make it as they lost in the last game.

Derek Abrefa and Emmanuel Commey lost to Australia 3-1 in the Table Tennis Men’s double. Both however have another chance to redeem themselves and make it to the medal zone for the first time in the history of Ghana Tennis as they compete in the round of 16 of the Men’s Singles.

ALSO READ  Joseph Commey for gold medal
AMA GHANA is not responsible for the reportage or opinions of contributors published on the website.