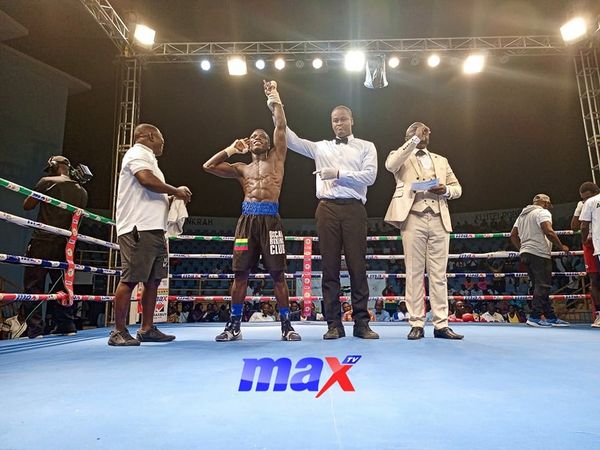 George Faho Mensah won by a TKO over Robert Addo in round 2.

Daniel Quaye put up a good show to defeat Michael Tetteh in round 1.

Charles Lesko Sosiya also won by a round five TKO when Frank Mensah decided it was too much in their Super Middle Weight contest.

Musician Epixode performed and commended the foreign dignitaries who patronize and support the IMAX Media event that is helping the development of boxing in Ghana.

The innovative professional league which is the first in the world is organized by Imax Media Promotions and sponsored by Imax Electronics, Max Buy, Techno, TCL, and Renault.

ALSO READ  Adote Tetor back on De-Luxy Professional Boxing League Fight Night 17 Presenting Musah Lawson, Elvis Ahorgah And Faisal Abubakar
AMA GHANA is not responsible for the reportage or opinions of contributors published on the website.