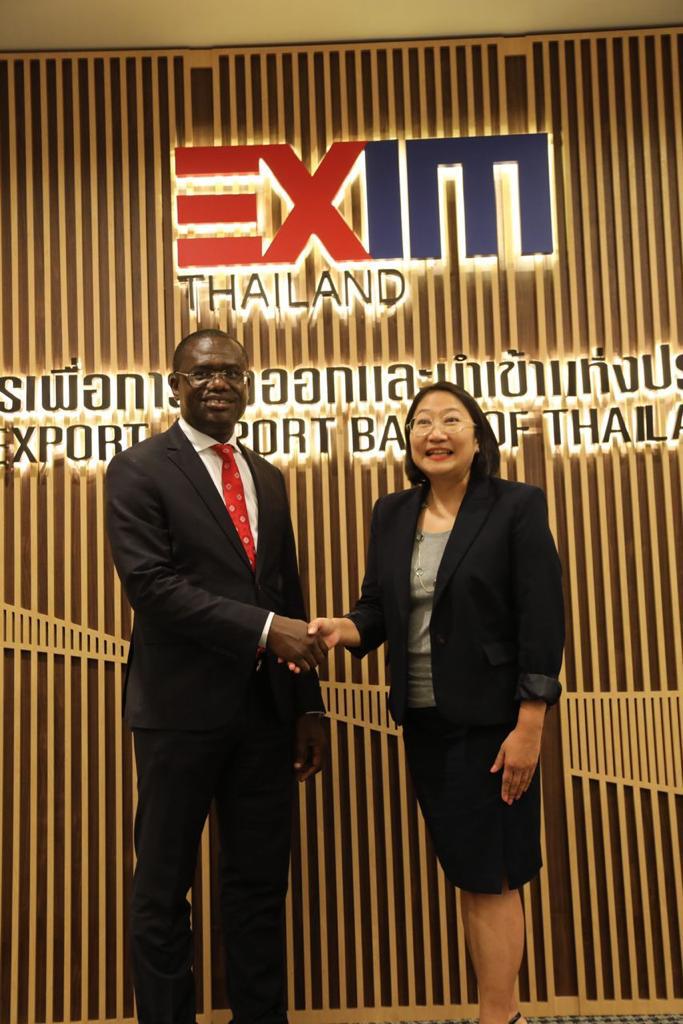 The Jospong Group of Companies (JGC) has responded positively to the government’s decision to boost rice production in the country by signing MoUs with major rice players in Thailand.

Presenting the 2023 Budget in Parliament last week, the Minister of Finance, Ken Ofori-Atta, said that as part of efforts to promote exports, the government will expand the productive capacity in the real sector of the economy and actively encourage the consumption of locally produced rice, poultry, vegetable oil and fruit juices, ceramic tiles among others.

The MoUs initialled by the Executive Chairman of JGC, Dr. Joseph Siaw Agyepong, who led a delegation from his outfit to Thailand, will facilitate the establishment of Seed Development and Research Centre, Rice Mechanisation Centres, Bio-organic Fertiliser Production Centres, Supply of Farm Implements and Rice Mills in Ghana.

The completion of the above facilities will help boost rice production in the country and drastically reduce its importation.

According to the JGC, the first batch of the technical team from Thailand will arrive in Ghana in December, this year.

The agreements follow a visit to Thailand by a team from JGC led by its Executive Chairman, Dr. Joseph Siaw Agyepong.

The team was in Thailand to understudy the Thai rice sector in order to replicate their experiences and strategy in Ghana.

The intention of Jospong Group of Companies is to partner with major rice industry players in Thailand to provide technical and equipment support for the entire rice value chain in Ghana with the aim of producing rice for the local and export market.

The JGC delegation was supported by the High Commissioner of Ghana in Malaysia in charge of Thailand and other South-East Asian countries, H.E Mrs. Florence Akonor,

In her remarks, the High Commissioner indicated that the rice project marks another level of bilateral cooperation between Thailand and Ghana for mutual benefits.

She expressed deep appreciation to the Honorary Consul, Dr. Sicha Singsomboon, and her team for their hard work in facilitating the visit.

She stressed that the collaboration was fundamental for deepening cooperation to improve the economies of both countries, especially for rice production.

Addressing a press conference on the sidelines of the trip in Bangkok, the Executive Chairman, Dr. Joseph Siaw Agyepong, called on players within the Ghana rice value chain to collaborate for the development of the industry.

The importation of rice into Ghana exceeds 60% annually, with dire economic consequences.

Between 2007 and 2015, the amount spent on imported rice rose from $151m to $1.2bn per annum, with domestic consumption supplemented by imports primarily from Thailand, Vietnam and India. Ghana’s annual rice importation, which currently stands at 1.3billion USD, continue to increase year after year.

This negative narrative in the rice sector can only be changed with the injection of massive capital by big sector players from the private sector.

The decision of JGC heeding to the call of government to venture into the sector, especially in value addition, is great news.

The JGC has always led in improving lives of people through provision of solutions to problems.

Already, JGC has commenced its 100,000acres of rice production, with land banks secured. The Group intends to partner with the Ghana Rice Inter-professional Body (GRIB) and other local rice players to achieve this vision.

ALSO READ  US sports journalist dies in Qatar during Argentina Vs. Netherlands game

The project involves integrated rice farming methods ranging from seed development, paddy cultivation, milling, packaging and marketing. The delegation visited and discussed with captains of industry in the rice sector in Thailand.

This included Thai Farmers Lifestyle and Learning Centre, rice equipment manufacturers such as Kubota, Satake and Deler Engineering Services as well as Thai EXIM Bank. The Thai EXIM Bank was impressed and thus expressed its readiness to support JGC.