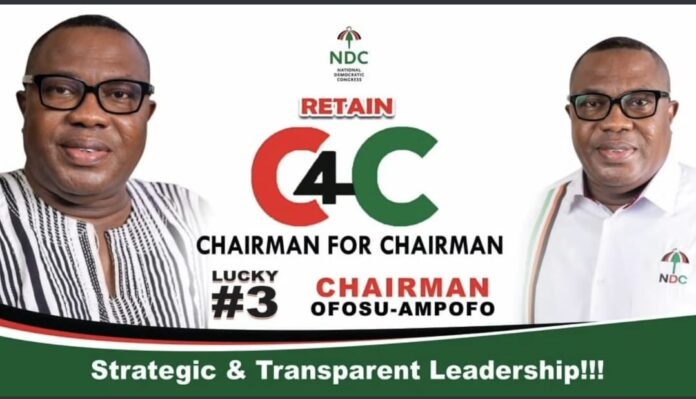 In fact, upon listing and watching live to Chairman Ofosu Ampofo on Onua TV last night, a lot that has been said about him is a pure fabrication, mere fallacies, pure hatred and a selfish political interest of some few individuals who sort to damage his hard earned reputation for all this whilst.

In fact, if the National Congress elections was held a week ago, I would have voted for General Mosquito as Chairman but as I have listened to him today fully on Onua TV for over 2hrs nonstop for the first time, Elder Ofosu Ampofo deserves to be Retained as the Chairman for good and progress of NDC.

Like I said, if elections was held a week ago or last Month, am one of those who wish or advocating for him to be voted out just because I have not had that opportunity to really hear the side of his story and management of the party very well.

But Tonight interview with Captain Smart has settled down the dust and cleared every erroneous impressions of me about Our National Chairman Ofosu Ampofo.

By this note; am appealing to every devoted and committed NDC delegate not to make a mistake of changing the button of the National Chairmanship position.

Honestly speaking, my heart bleed as I listened to him as he addressed some issues that has been thrown out to the public domain out of proportion and creating wrong impressions about him and the leadership.

His interview with Captain Smart really demonstrated that he’s a true leader with impeccable qualities and dynamics.
Now I have no doubt in my mind if the delegates retained him.

From A Neutral and Objective Thinker