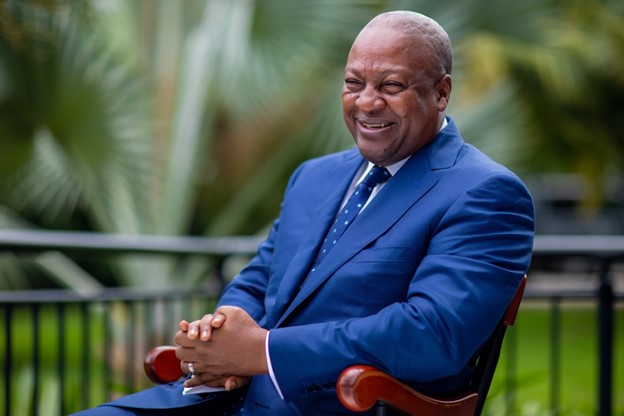 The establishment of the opposition NDC also known as the centre of the party’s power is supposedly an encirclement around former President John Dramani Mahama.

This party centre supposedly has a perceived grotesque grip and control over the party structures and it’s operative party delegates.

Long before John Mahama, party founder Jerry John Rawlings was the centre of power within the party. And after him, It gravitated towards President John Evans Atta Mills.

The perceived power of the establishment and its control over the general will and group decisions of the party is much stronger when the party is in power, backed by state resources and headed by the President.

This was demonstrated prior to the year 2000 elections when President Rawlings single handedly chose Professor Atta Mills as his successor.

In opposition that establishment may not be as almighty as the state power yet, it is still perceived as capable of swaying party delegates opinions and ultimate decisions in favor of the centre.

The main tools of control used by the establishment in opposition include money, the fear factor and promises of job opportunities when the party comes into government.

The opposition NDC’s John Mahama has been touted as presumptive candidate of the NDC for 2024 with most, if not all party executives at top openly referring to him as the 2024 flag bearer even before the party goes into Presidential primaries and against party rules.

This is one of the characteristics of the establishment where those around the centre predetermine the general will of the party and tag all who oppose it as “enemies of the system” in their quest to whip everyone in line.

The establishment of the NDC first spread the fear factor among party delegates from the branch to the constituency, regional and national levels of the executive structure.

The fear of opposing the choice of John Mahama is born out of the fear of loosing any opportunity if Mahama becomes President again.

This is based on the false assumption that Mahama is the automatic next President of Ghana. This fear factor is supposed to take away the free choice of delegates. But since not every delegate succumbs to this fear factor, large sums of money is deployed to bribe those who are corrupt enough to exchange their free will for it.

And since the NDC establishment mostly comprises former government officials led by a former President, they’re percieved to be more resourceful.

Under President Rawlings, the NDC establishment always won the day by getting all his executives of choice elected except in the national youth elections of 2005 in Bolgatanga where delegates defied President Rawings by voting for Haruna Iddrisu against Nii LANTEY Vandapuye the preferred establishment candidate.

In that same year in Koforidua, the establishment candidates at the national delegates congress including general secretary Asiedu Nketiah and chairman Kwabena Agyei held sway agaist Obed Asamoah et al who later broke away to form a new party in protest.

This year’s NDC party elections has so far broken the myth of the almighty establishment not only at national level but at branch, constituency and regional levels.

Indeed the constituency, regional and national elections have been dubbed a duel between the establishment John Mahama and the anti-establishment Dr. Kwabena Duffuor, the two likely contenders for NDC presidential candidate in 2024.

If the lower level elections were a pointer to the demystified establishment, the national youth elections totally repeated the history of 2005 in Bolgatanga.

Brogya Genfi recieved the open endorsement of the establishment including members of parliament and formers ministers of state as well as national executive officers of the NDC.

In a few days, the national delegates conference will take place in Accra to elect the national executives including the chairman, secretary, organizer and so on.

All these raises questions about whether or not John Mahama and his establishment is beatable in a Presidential primary early 2023.

Although many presume him to be the lead candidate, the outcome of the internal elections so far suggest that John Mahama cannot rely entirely on the establishment aura to become NDC candidate against Dr. Kwabena Duffuor for the 2024 elections.

It is however only time that can tell the full length of the story!