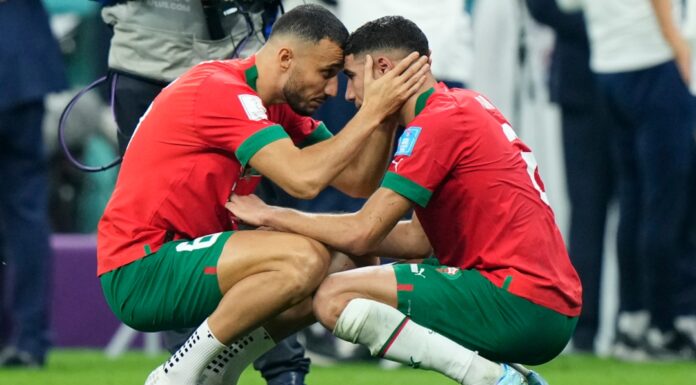 As Croatia and Morocco pick up the pieces after their World Cup semifinal defeats, the two teams will welcome the prospect of potentially leaving Qatar on a high when they square up in the third-place playoff on Saturday.

Beating two world-class teams in Argentina and France to reach the final proved to be a step too far for Croatia and Morocco, who handsomely defied pre-tournament odds to reach the semis.

They will be welcomed home as heroes regardless of the result having not only earned the respect and support of the continent and the Arab world but also having found a place in the hearts of neutral fans who love a true underdog story.

Croatia and Morocco will face off in Qatar for a second time after playing out a 0-0 draw in their group opener, just as in 2018 when Belgium and England met each other in the group stage and third-place playoff.

“It will be difficult on a mental level. I will give opportunities to those who did not play and we will try to clinch third place,” Regragui said.

“The important thing is that we presented a good look to our team and that football in Morocco is not far from the top level.”

Catch the 2022 FIFA World Cup on SuperSport in 13 languages. Press “Options” on your remote for languages available in your region.

But through sheer graft and tenacity, two penalty shootout wins over Japan and favourites Brazil earned them a semifinal match with Argentina, where an in-form Lionel Messi was the architect of their destruction.

“Realistically speaking, before the start of the tournament, we would all have accepted reaching the semifinals. However, we started to dream about the trophy,” Croatia midfielder Lovro Majer said.

“Still, we will give everything we’ve got on Saturday and try to win the bronze medal.”

For Croatia, it represented an opportunity missed to crown their golden generation of players, with coach Zlatko Dalic confirming most of them will not play in the next World Cup.

“I told the players they need to keep their heads up, be proud of giving their maximum and be ready, we must prepare to fight for third place,” Dalic said.

“There is no blame on our guys, I congratulate them for everything they’ve done at this World Cup. Now we have to get up, dust ourselves off and try to win the bronze medal.”