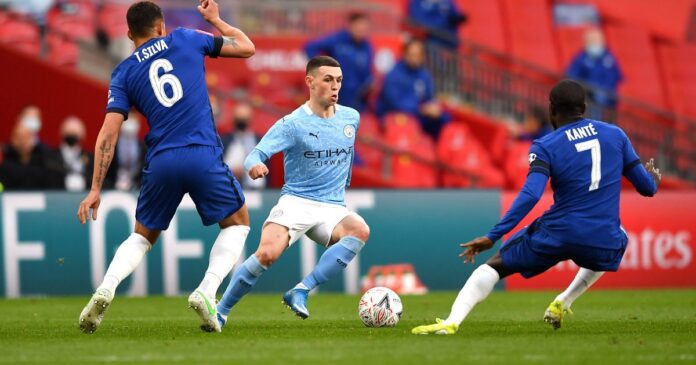 SuperSport viewers on DStv and GOtv can look forward to Round 19 action from the 2022-23 Premier League, with matches scheduled to run from Monday 2 to Thursday 5 January 2023.

The pick of Premier League matches for this round sees Chelsea host champions Manchester City at Stamford Bridge on the evening of Thursday 5 January. The Blues are looking to bounce back from a scruffy first half of the campaign, while the Citizens are hoping to chase down Arsenal at the head of the table.

“We’ve seen some positive movements in regards to injuries and players coming back to us from the World Cup,” said Chelsea manager Graham Potter. “It will be an interesting period in the festive season and early New Year, but we are doing everything we can to ensure we are able to be right up to speed.”

The round’s action opens on Monday 2 January with Brentford hosting Liverpool. The Reds struggled for consistency prior to the World Cup break, and manager Jurgen Klopp says they have been examining last season’s performances to try and get them back on track.

“We decided, in the end, to go to last season, to take pictures from last season that shows something. So there is something really where we want to step up again and that’s what I want to see in these games,” said the German tactician.

Tuesday 3 January sees a potential thriller between log leaders Arsenal and fast-rising Newcastle United at the Emirates Stadium, with the Magpies looking to all-action midfielder Joelinton to continue his excellent form.

“He’s carried on where he left off before the World Cup break, a very good performance in Riyadh. That’s why he’s such an important player for us,” said manager Eddie Howe. “I’d say mentally and physically he’s in a very good place. He is confident and bringing in leadership skills to the group now. He is a pivotal figure for us.”

Tuesday also features Manchester United at home to Bournemouth, while Wednesday 4 January is headlined by a London derby between Crystal Palace and Tottenham Hotspur, as well as a battle between Leeds United and West Ham United – two teams looking to keep themselves clear of relegation danger.

Don’t miss the best football action on SuperSport on DStv and GOtv. Visit www.dstv.com and www.gotvafrica.com to subscribe or upgrade, and join in on the excitement. And while you’re on the move, you can stream matches on the DStv App.

ALSO READ  Ahead of AFCON: Aubameyang tests positive for COVID