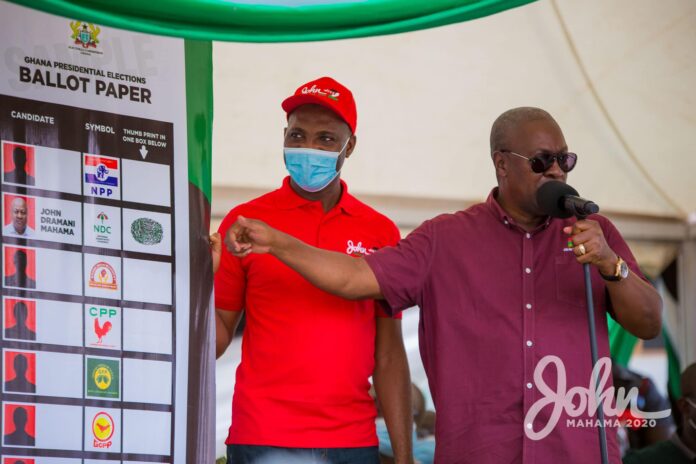 Former President John Mahama has said the chaotic events that happened in Parliament on the night the house attempted to elect a Speaker for the Eighth Parliament, encapsulates all that has gone wrong with Ghana’s democracy under President Nana Akufo-Addo.

The shouting, shoving, pushing as well as snatching of a ballot box and snatching of ballot papers, degenerated the house into a free-for-all arena, which compelled some soldiers to enter the lawmaking chamber in an attempt to restore calm.

After the messy and disorderly process, seven-time Nadowli Kaleo MP, Alban Bagbin of the main opposition National Democratic Congress (NDC), was elected Speaker over the governing New Patriotic Party’s choice of Prof Mike Oquaye, who served as Speaker of the Seventh Parliament.

Congratulating the NDC MPs at a meeting for fighting a good fight in Parliament, the presidential candidate of the party in the recently-held general elections, Mr Mahama, said: “This is what unity of purpose can do. It says: ‘United we stand, divided we fall’ and that ‘there is not force that can defeat a people who are together and united and acting with a single purpose’, and that is what we saw on the floor that night”.

In his view, all that happened in Parliament on the eve of the swearing-in ceremony of President Nana Akufo-Addo for a second term, is a microcosm of the ills being suffered by Ghana’s democracy under Mr. Akufo-Addo.

ALSO READ  Leadership is a calling, not a means to enrich yourself—NPP's Isaac Bonsu