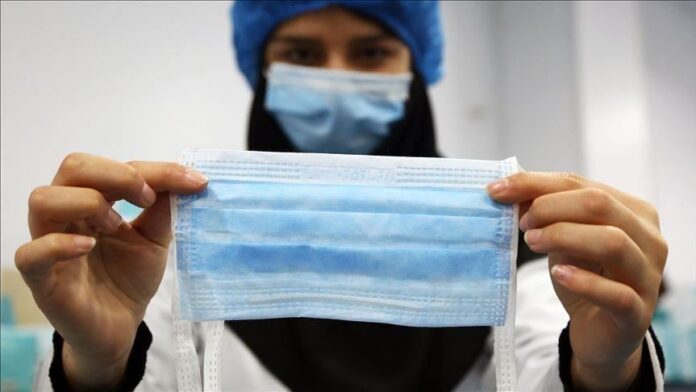 The subject of this article may sound absurd because you may be wondering what could possibly be funny about this global pandemic that has altered the very fabric of our existence, in one swoop shutting down everything we cherish dearly including sports, churches, discos, schools, and clubs, movies and musical concerts and to the very notion of human interaction.

Many people argue that it is not right for people to possibly write or make jokes about the disease in times like this. However, the hard fact is that people are frightened and are at their wit’s end and could not fathom what is really going on as regards the fast spread of the virus.
However, nature has a way of ensuring humanity’s free coping mechanism through frivolous jokes as a means of taking our minds a bit away from the horrors of COVID 19. Indeed the jokes produced in response to coronavirus are very funny, allowing us to remove the worst and complicated thoughts from our chest. But the disease itself is not funny.
This particular story may sound funny but it is very serious and sad. A pure coincidence! A Mexican brewery produces a quality beer that is well patronized in the US and Europe. The name of the product is Corona beer! Even though the beer existed long before the coronavirus announced itself, the name of the beer sent shockwaves through the spines of consumers.
As a brand image, Corona beer has been hardly hit by coronavirus. It is very unfortunate that one of the most popular drinks of the world is now being rejected by beer drinkers, thus putting the factory in a deep crisis. What is so funny about how people are eager to associate the Mexican beer with the virus is that thousands of people have written in the search engines like google the following: “Corona beer virus” or “beer coronavirus.” This is funny indeed!

According to data from YouGov poll, an international research and data analysis group, the purchase intent of Corona beer among the people in the US has plunged to the lowest during the last two years. It is no longer funny as it was from the beginning because the damage to Corona beer has been too severe in recent days as coronavirus infection spreads.

In countries where coronavirus is feared to be spreading very fast sometimes due to failure or negligence from citizens to observe the strict rules of the pandemic, the government is compelled to impose lock-downs. Ghana is no exception. Something funny happened when Ghana imposed its lock-down. Some wives or husbands refused sex from their partners with the reason that, despite the lock-down, social distancing must be strictly observed.
A woman had this to say: “My husband is seeking divorce because I did not allow him to break a COVID rule but compelled him to observe social distancing which is a significant part of COVID-19 safety protocols. He was so stubborn that he defied all safety protocols and came near me to sleep with me. I flatly refused and moved away from him, reminding him to observe social distancing. I left the bed to sleep on the floor. Na who cause am?

Jonathan Assumin lives in the U.S. He was so stressed because he lost his job since the hotel where he worked as a supervisor, closed down. Two people, who lived on the same floor as him, died of coronavirus. So he planned to go to Ghana for two months to release some stress. He boarded a flight in May 2020. His relatives came in their numbers to take him home. During those months any passenger who arrived in Ghana’s Airport was quarantined for two weeks. Jonathan was also quarantined. His relatives waited for hours and when they heard that Jonathan had been quarantined, they left the Airport very frustrated and began to spread wrong information that he had been detained for coronavirus infection. He was released after two weeks when the medical team assured themselves that he had no symptoms. Jonatan took his suitcases and went out to hire a taxi home. The fun had now begun. When he arrived home, he was expecting the people in the house to rush to him and help carry his luggage.

Rather they saw him as COVID-incarnate. They went inside their rooms, packed some clothes and disappeared through the back door. They were seven in all. The driver helped to carry his luggage to the house. Jonathan inspected all the rooms and not a single soul was found. He felt very sad and confused but he decided to wait till the next day to see if his siblings and relatives would come back home. He ended up waiting for three weeks without any trace of his people. He went to a neighbouring shop to buy food items. He was refused entry into the shop. Somebody shouted from inside the shop, “go away with your coronavirus!” That was the last straw… His sadness, stress and pressure knew no bounds.

He took a difficult decision to sell his house. He advertised on both radio and in newspapers. Within two weeks, three people showed interest. Jonathan sold it to the highest bidder for GhC450, 000! The sale included everything in the house. He packed all the things belonging to those relatives, in big plastic bags and took them to the village where they were living. The whole village knelt before him and pleaded for forgiveness. He told them that since they left the house almost two months ago, not even a single person came to see him. Since his own people have rejected him and wrongly assuming that he had coronavirus, he had sold the house and God knows whether he would ever come back to Ghana again.

A couple from Kumasi who was supposed to travel abroad tested positive to coronavirus infection. They were immediately quarantined. Their two children tested negative. The couple was isolated from the children so their mother’s sister had to come home to take care of them. One Sunday, their aunt brought money and told the older boy to go to the shop nearby to buy certain items for breakfast. He took the money and rushed to the shop. Three young men near the shop saw the boy coming to the shop.
They left the place immediately. The boy did not understand why, but he moved on and entered the shop. He picked all the items he needed and went to the payment point to pay. As soon as he put the items on the table to pay, the three young men appeared and told the cashier the boy and his entire family had coronavirus. He should not allow the boy and his family to come to the shop, otherwise they would make sure the entire community boycotted the shop. The cashier was taken aback when she heard the news about the boy. Fear gripped her and she gave a plastic bag to the boy to pack the things and leave the shop. The boy took money from his pocket to pay. The woman didn’t want to touch his money. She told him to go home with the items and the money.

ALSO READ  Reading between the POLITICAL and CHIEFTAINCY Lines....

In conclusion, I will say that despite the stress and danger of COVID-19, jokes and funny stories told about the pandemic very often lower stress and fear. Sanitizers have very much been accepted by all and sundry to the extent that some women ask the men to sanitize their manhood before sex can take place.

In another development a man who had coronavirus recovered after six months of treatment. He was finally allowed to go home. Upon his arrival he decided to go to church to give thanks to the Lord. The pastor announced testimony time! The church responded, blessing time! The man who recovered was the first to give his testimony. He stood before the congregation to give his testimony: Praise the Lord. I had coronavirus for six good months, and…. Before he could continue, the pastor jumped and headed towards a door to the right. The church elders followed and the entire congregation escaped through the main door. There was total stampede! Na wow!!