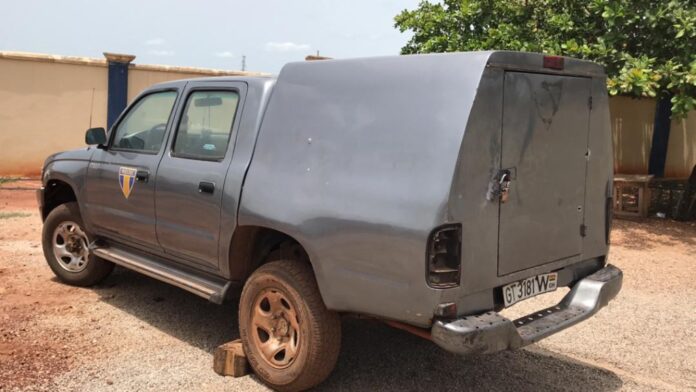 A bullion Van with registration number GN 6956-17 was attacked Thursday at Okyereko on the Winneba-Accra road.

According to Kasapa FM’s Yaw Boagyan, the suspected armed robbers, numbering about six allegedly emerged from the bush and shot the window at the passenger side of the vehicle where the police security guard was sitting.

The armed men took to their heels after the failed attempt to decapacitate the police officer and the driver of the van.

None of the occupants were injured. The incident was reported to the Winneba police even though it occurred at  Gomoa Okyereko.

According to the reporter, the van was transporting money to the bank.

The Police Commander at Gomoa Okyereko is yet to address the media on the incident.

The van has been sent to Winneba Police Custody for investigation.

This is the second bullion van attack in less than ninety-six hours. A Police officer was shot dead by suspected armed robbers in an attack on a bullion van at Adedenpo near James Town in on Monday June 14.

ALSO READ  Ghana Youth Awards open nominations for 2021 edition
AMA GHANA is not responsible for the reportage or opinions of contributors published on the website.