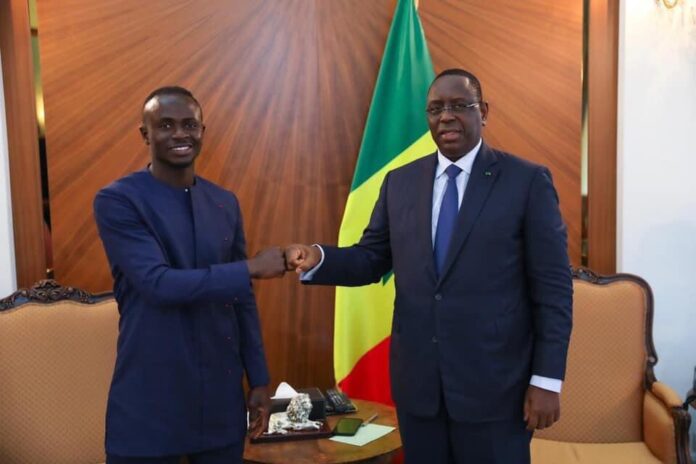 Senegal and Liverpool superstar Sadio Mane donated 500,000 pounds (around 694,000 US $) to help in building a hospital in the town of Bambali, his hometown in Senegal.

The small village of Bambali, where Mane was born, did not have a hospital before, and the Senegalese forward decided to pay tribute to his small town by helping in that charitable project.

Mane (29) previously donated 250,000 pounds (almost 350, US $) to build a school in the town. The new hospital will include among others departments for maternity care, dental facilities and consulting rooms.

Senegal and Liverpool star Mane met last week with H.E Macky Sall, President of the Republic of Senegal, to discuss the hospital project funded by Mane.

“Sadio Mané has presented the Head of State with an ambitious plan to build a hospital in Bambali and is counting on state support for medical personnel,” said a statement from Senegal Presidency on Twitter.

Mane who was born in Bambali is playing now with Liverpool FC, having won the English Premier League, UEFA Champions League, UEFA Super Cup and FIFA Club World Cup titles with his side. He was named CAF Player of the Year 2019.

ALSO READ  Didi Dramani to take up new position as Head of Football at Right To Dream Academy
AMA GHANA is not responsible for the reportage or opinions of contributors published on the website.