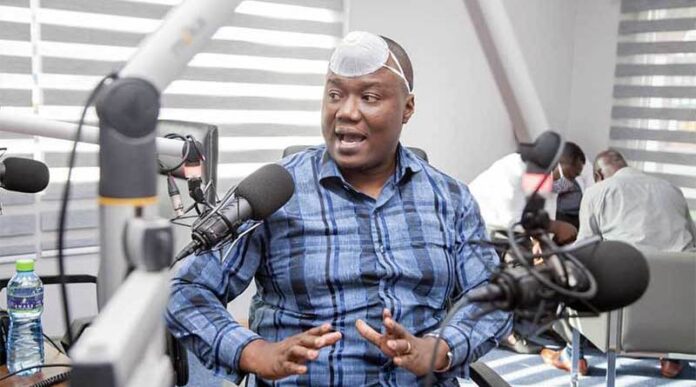 The Chairman of the Health Committee of Parliament, Dr. Nana Ayew Afriyie, has admonished the NDC Minority in Parliament, to proffer solutions to securing COVID-19 Vaccines for Ghana rather than engaging in unnecessary debates in the media over the procurement of vaccines.

According to Dr. Nana Ayew, the call for an urgent bi-partisan parliamentary probe into Ghana’s procurement of Sputnik-V vaccines by the minority is completely out of place.

He was reacting to the Minority’s press conference on Thursday in an exclusive interview.

The minority is demanding a third party probe into the propriety of the agreement between Ghana and Frontiers Healthcare for COVID-19 testing at the Kotoko Airport International Airport.

“The minority alleged that people are getting vaccines for as low as $10 (Ten Dollars), and then the presidential advisor advised them that if they have anybody who can supply vaccines, $10 they can even propose the person to be the transaction advisor or even to supply and they are ever ready. As I speak to you today, the minority has not done it,” Dr. Nana Ayew Afriyie explained.

He continued “they have raised issues like the African Union made a deal with the Sputnik people but up to date, the African Union has not taken any delivery of vaccines or supplied to any country and interestingly countries are left on their own to seek their own salvation.

Touching on the issues of the middlemen in the supply of COVID-19 Vaccines, he explained that middlemen are allowed in Russia.

“Unlike the COVAX facility which allows for government to government, the Russians, they allow for middlemen because they do take and pay and that means if you have your cash there and governments are unable to get it done.

…My search across means that the RDIF (Russian Direct Investment Fund), they allow for middlemen to acquire and then governments are ready with middlemen to repay over a period based upon their schedules. So, for the minority, this issue is more about throwing dust in the public since they have not come to the House for us to interrogate it,” Dr. Ayew posited.

Touching on international transactions, he explained how the Supreme Court ruled in the Bakan-Energy issue and referred to Article 181 (5) where it has do with giving the onus to the Attorney-General to determine if a transaction is major or minor.

“So for instance, the ministry of health every year acquires vaccines; they get it from abroad, they don’t come to Parliament. Once we approve the budget in Parliament and we give appropriation act.

…We have given the authority to them so it is inherent in the budget and the budget they brought this year, they said they were going to acquire vaccines and we gave them the approval. The vaccines are not made here in Ghana so over the years, they are issues that for instance if Parliament is on recess, are you telling me that they cannot go ahead and buy that is what the Supreme Court said that if we allow everything to be international then you obstruct the functions of government. So they should treat some as minor and ignore and some as major where major ones will come and even with that one, it will be at the Attorney-General’s discretion,” Dr. Nana Ayew further explained.

ALSO READ  Minority undermining Speaker of Parliament—Dr. Nana Ayew
AMA GHANA is not responsible for the reportage or opinions of contributors published on the website.