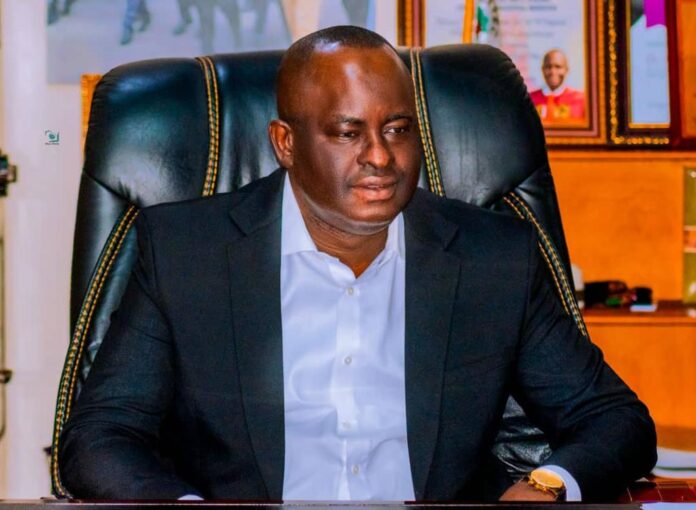 The Upper West Regional Minister, Dr. Hafiz Bin Salih has commended President Nana Addo and other stakeholders for their various roles in addressing some issues which will lead to the resumption of commercial flights from Accra and other parts of the country to Wa very soon.

Speaking to the Voiceless Media in an exclusive interview on the Wa Airport, Dr. Hafiz stated that commercial flights have brought into the region new excitement including jobs, tourist attractions, and other local enterprises.

The case of commercial flights to the Upper West Region has suffered a temporary setback for some time now.

The setback was occasioned by the presence of a Vodafone mast near the Airport and also some big trees around the place which posed some navigation challenges to airlines.

Dr. Hafiz has told the Voiceless Media that the initial challenges have been resolved and commercial flights will resume to and from the Region very soon.

The Upper West Regional Minister particularly thanked the Transport Minister, Kwaku Ofori Asiamah, the Communication Minister, Ursula Owusu- Ekuful, and the Interior Minister, Hon Ambrose Dery for their various critical roles in getting things on track ahead of the resumption of commercial flights.

Dr. Hafiz stated that he was going to increase his interest in the commercial flights to the region and offer ready assistance to the various airlines as and when possible to ensure uninterrupted operations in the region once they resume flights again.

In another development, business and other commercial executives in the Upper West Region have commended Dr. Hafiz Bin Salih for his keen interest and determination to ensure the operations of commercial flights into the region soon and urged him to keep it up.

ALSO READ  Disclaimer to an Audio attributed to Me, Razak Kojo Opoku

The Chiefs and other Religious groups in the Upper West Region have also been praised for their accessibility, prayers, and support to the region in various forms and shape.