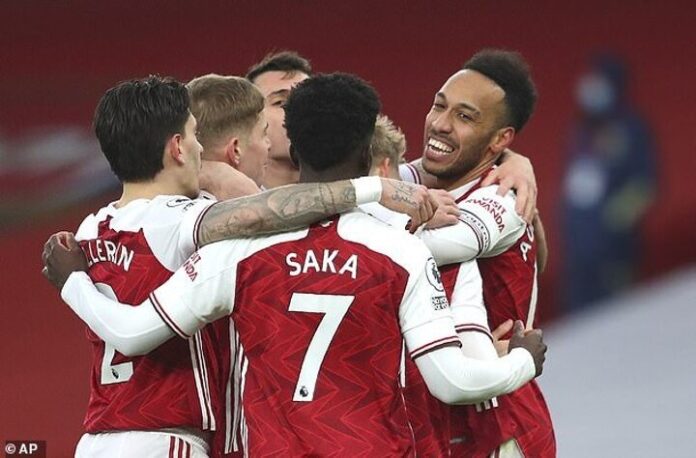 The 2021-22 Premier League season gets underway this coming weekend, with newcomers Brentford the 50th different club to feature in the Premier League since its formation in 1992 getting the campaign underway with a home match against fellow London club Arsenal on the evening of Friday 13 August.

DStv and GOtv is the only true home of football in Africa, offering a range and depth of action that no other rival can match it’s literally ‘Unbeatable Football’! If you’re going to spend your money on something, it may as well be on the best football in the world.

The Bees are set to unleash Nigerian midfielder Frank Onyeka as they look to claim the scalp of the Gunners in their first top-flight league match since the 1940s. “Frank plays as an eight in our system, he is very good at getting from box to box and will be valuable to us when we don’t have the ball,” said Brentford boss Thomas Frank. “He has come from the Danish league and was one of the best midfield players in that league; we think he has the potential to develop further.”

Saturday 14 August brings a potential thriller early in the afternoon as Manchester United and Leeds United renew their rivalry with a clash at Old Trafford. The teams’ last meeting at the ‘Theatre of Dreams’ produced a 6-2 win for the hosts, with SuperSport viewers no doubt hoping for something similarly thrilling.

Saturday also sees Chelsea host Crystal Palace in a London derby, Leicester City will look to Nigerian Wilfred Ndidi and Kelechi Iheanacho to inspire them to a win at home to Wolverhampton Wanderers, and the late kick-off sees Liverpool travel to Carrow Road to face newly-promoted Norwich City.

Sunday 15 August sees Newcastle United and West Ham United looking for a fast start to their campaigns in an afternoon clash before the evening brings the pick of the first round’s matches: Tottenham Hotspur v Manchester City at the Tottenham Hotspur Stadium in London.

City will be looking for a statement win as they open the defence of their Premier League title, while Spurs have entered a new era under manager Nuno Espirito Santo – a tactician who has gotten the better of Pep Guardiola in the past and could no more to endear himself to the Tottenham faithful than claim an opening-weekend win over the champions.

SuperSport is the only place to get English commentary on the legendary La Liga! The 2021-22 Spanish top-flight league season opens on the evening of Friday 13 August with Valencia hosting Getafe at Estadio de Mestalla. Los Che endured a tough time in 2020-21 and new manager Jose Bordalas will be under pressure to see them rise up the log this time around.

“I only hope that Bordalas doesn’t suffer like the previous manager, Javi Gracia. It is not the fans I’m worried about… it’s the owners,” said Valencia legend Dario Felman. “The Valencia fans are angry with the owners because they are running the club as if it is some sort of futbolin (‘table football’) club.”

The pick of matches on Saturday 14 August sees Real Madrid head to Estadio de Mendizorroza to face hosts Deportivo Alaves. Los Blancos have swapped out manager Zinedine Zidane for Carlo Ancelotti, but a lack of major acquisitions in the transfer market – plus the loss of key defenders Raphael Varane and Sergio Ramos – means the Italian will have his back against the wall right from the start of the campaign.

Reigning La Liga champions Atletico Madrid will open the defence of their title on Sunday 15 August with a clash away to Celta Vigo. Diego Simeone’s side look well placed to win back-to-back championships, but the Argentine tactician is taking nothing for granted.

“We will have to fight with all our souls, blood and tears – just as we did to win La Liga last season,” said Simeone. “It is too early to speak of the championship and such issues, we must only focus on making the best possible start to the season.”

Sunday also sees Barcelona and Sevilla – two teams with hopes of dethroning Atletico – in action against Real Sociedad and Rayo Vallecano respectively. Barca have added Sergio Aguero, Memphis Depay and Eric Garcia to their squad, though it is the rising star of midfield maestro Pedri and the return of African-born Ansu Fati which should get Blaugrana fans most excited for the new season.