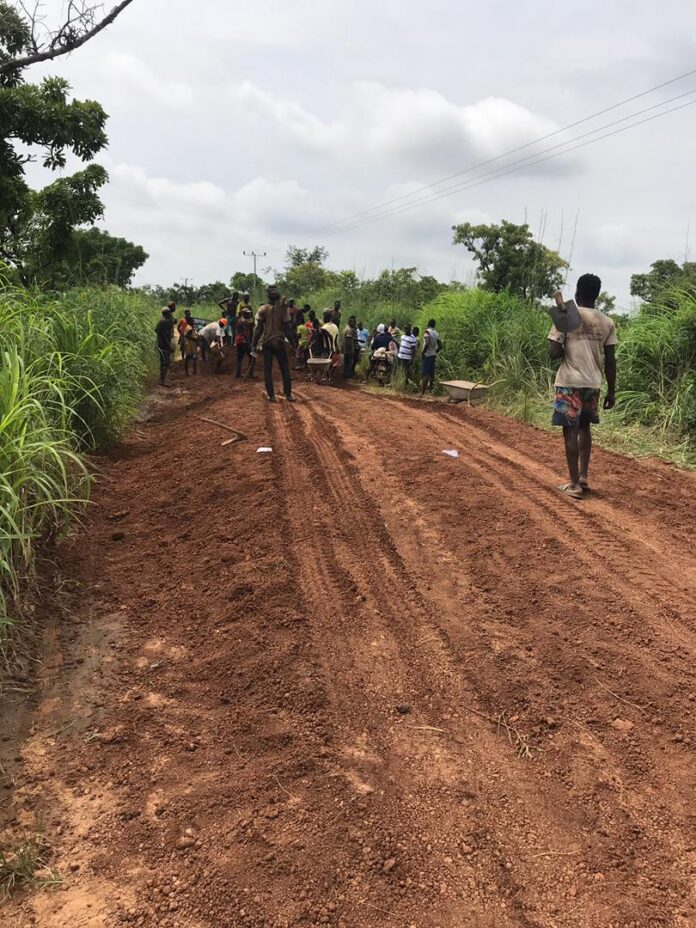 The road suffered a similar fate as many others across Northern Ghana when there was heavy downpour over the weekend.

The portion of the Dagombia road which was mainly sandy was easily washed away cutting the people of Dagombia off from Salaga and other neighboring communities.

The MP heeded the distress call of the people of Dagombia and arranged for trips of gravel to fill and reshape the part of the road that had been washed away.

The youth of Dagombia offered voluntary labour to spread and level the gravel in order to reduce the financial burden on the MP.

The youth of Dagombia expressed their gratitude to the MP and said they are happy to support the efforts of the MP as she strives to improve the lives of the people.

The portion of the road which was washed away has been fixed and now the people of Dagombia can move about freely and comfortably.

The MP used the occasion to make a passionate appeal to the Feeder Roads Department of the Ministry of Roads and Highways to come to the aid of the people of Dagombia as well as other areas of the constituency such as Abromase, Kafaba, Yayieli, and Boankwa by rehabilitating their roads to make life bearable for the people.

ALSO READ  Security forces impound Rosewood at Tema Port
AMA GHANA is not responsible for the reportage or opinions of contributors published on the website.