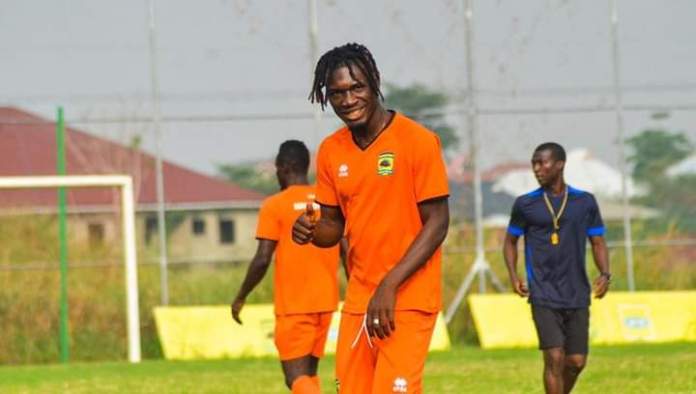 Asante Kotoko defender Habib Mohammed was invited to the Bono Regional Police Service headquarters on Wednesday to answer questions following altercations that happened between him and another person at a Pub-turned-night club in Sunyani called Groovys, AshesGyamera.com can exclusively reveal.

The 24-year-old, who is on holiday in Sunyani after Kotoko ended the season without a trophy, arrived at the scene at midnight on Saturday, August 21, together with some friends to have fun as they celebrated the birthday of one of the friends.

However, chaos broke out a few minutes later at the VVIP section after Habib allegedly got furious because one of the other people around mistakenly popped champagne and some of the liquid fell on him.

Although some of the people around together with the securities tried to calm down the tempers of Habib and his friends, the situation got out of hands later, as the Kotoko defender didn’t budge.

He allegedly started throwing bottles and metal chairs around to cause chaos. In the process, he destroyed a lot of things including bulbs, chairs as well as injuring the facility owner Eugene Osei Donkor in the process who was rushed to the Sunyani regional hospital for treatment.

Owusu later made an official complaint at the Police station and gave an account of what transpired involving the Kotoko defender and his friends. He revealed that Habib hit his head with a bottle which left him unstable.

Official statement made at the Police Station by Groovys owner

AshesGyamera understands that after Habib was through with his questioning at the Police headquarters, he knelt and apologised to the Police chief and owner of Groovys.

He also chose to settle the case out of the Police station and court in order not to drag it further.

He has agreed and promised to pay them the cost of all the things that got damaged at the place latest by Friday, August 27.

Habib, according to reports will sign a bond to be of good conduct going forward whenever he is in Sunyani.