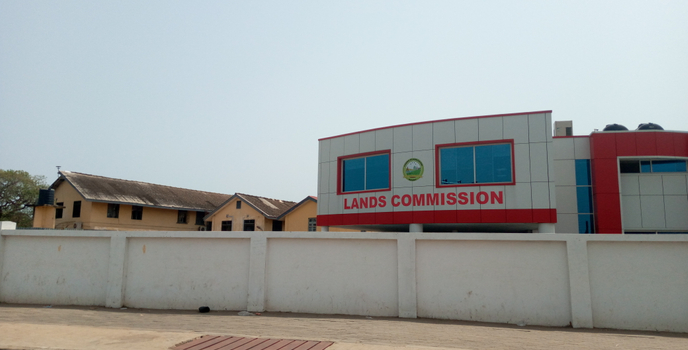 President Akufo-Addo has charged the reconstituted Lands Commission to aggressively pursue the digitization of records to achieve the government’s objective for people to acquire title registration within a month.

He said the Commission will be given the needed resources for institutional reforms for efficient land administration.

President Akufo-Addo, was speaking at the inauguration of the reconstituted Lands Commission, under the Chairmanship of Alex Nii Quayenor.

The President declared that the days of selling public lands without regard for public interest are over.

The Lands Commission is an independent body that manages public lands on behalf of the government.

The Commission among others formulates national policies on land us, registration of lands and advises the government, local and traditional authorities on the policy framework for the development of particular areas of the country.

Despite the interventions by successive governments, the Commission still faces challenges in land administration. These include the fraudulent sale and registration of lands, poor record-keeping, and encroachment on public lands.

President Akufo-Addo who was worried about the multiple and long delays in registration of land called for a paradigm shift in the work of the Commission.

He said employing the digital technology for effective land administration is critical to transform Ghana’s economy and bring about the much-needed development and prosperity for the citizens.

The Chairman of the Lands Commission, Alex Nii Quayenor, said they will work on the needed reforms in Ghana’s land administration.

The membership of the Commission is made up of representatives of professional bodies, the Regional Lands Commissions, Ministries, Agencies and the National House of Chiefs.

ALSO READ  Cocktail of a Third World War and a Stoic Akufo-Addo
AMA GHANA is not responsible for the reportage or opinions of contributors published on the website.