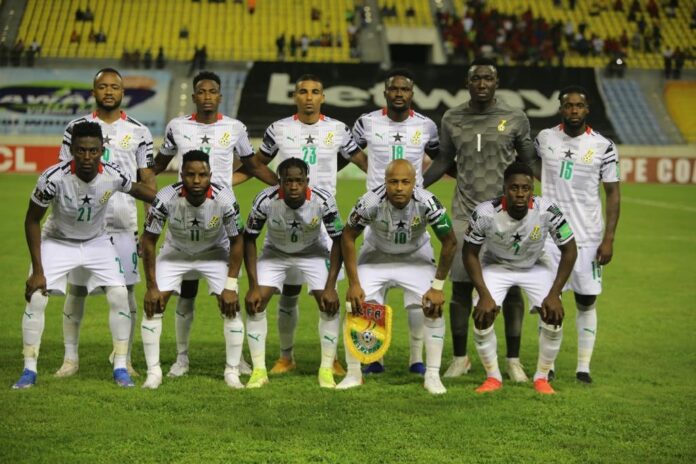 Ghana arrived in Johannesburg with a 25-man squad but without six regulars to take on South Africa in their World Cup qualifier at Soccer City on Monday.

Coach Charles Akonnor must do without the Leicester City pair of Daniel Amartey and Jeffrey Schlupp, defenders Andrew Yiadom and Baba Abdul Rahman from Reading and key forward Jordan Ayew, who plays for Crystal Palace.

The six would have to face quarantine on their return to Britain if they had travelled to South Africa.

All six players featured in Ghana’s nervy 1-0 home win over Ethiopia on Friday, which means there will be considerable changes for the Group G encounter.

Two other players missing trip are Stade Rennes’ new signing Kamaldeen Suleymana and Daniel Kyereh of German side St Pauli, who were also barred from the game by their clubs.

Coach Charles Akonnor also had to do without absentees on the Black Stars’ last visit to Soccer City but earned a 1-1 draw that booked them a ticket to the Africa Cup of Nations finals in Cameroon early next year.

But Mohammed Kudus of Ajax Amsterdam, who scored in that match and also against South Africa at Cape Coast last November, is out injured.