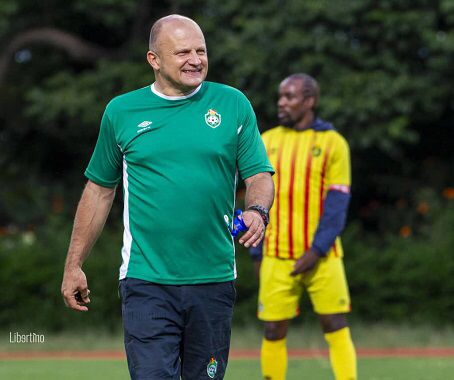 ZIMBABWE, Ghana’s next opponent in the 2022 World Cup qualifiers, will pay US$90 000 in compensation to sacked Coach Zdravko Logarusic, a local news agency in the Southern African country has revealed.

Fired by Ghanaian club giants Asante Kotoko in 2017 after just three months at the helm following a dismal run of form, Croatian Logarusic looked on course to make a return to Ghana next month as Zimbabwe’s coach.

But the Zimbabwe Football Association (Zifa) wielded the ax on Sunday after the team was held to a 0-0 draw at home to neighbours South Africa before losing 1-0 away to Ethiopia in a shaky start to the World Cup qualifiers.

According to Kukurigo, a leading Zimbabwean news agency, Logarusic is still in Harare awaiting the first batch of payment, a sum of $35 000 “being money from sign-on fees, outstanding bonuses and liquidated damages.”

The report adds that the 55-year-old Croat will be paid a further $55 000, 10 percent of the $550 000 that Zimbabwe will receive from the Confederation of African Football (Caf) for qualifying for next year’s Africa Cup of Nations tournament in Cameroon.

This is because Logarusic was the coach when Zimbabwe, nicknamed the Warriors, qualified for the Afcon finals.

However, the former Kotoko coach’s task had been made significantly easier before he came onto the scene.

Prior to Logarusic’s appointment, Joey Antipas, a local Zimbabwean coach taking charge of the side on interim basis, left the Warriors on four points after guiding them to a home draw with Botswana and a famous away win in Zambia.

In the remaining four Afcon qualifiers that Logarusic presided over following his arrival in February 2020, Zimbabwe lost away to Algeria before holding the reigning African champions to a draw in Harare.

It left the Zimbabweans needing outright win away to Botswana to seal qualification with a game to spare.

A 1-0 victory in Francistown to secure the ticket to Cameroon would remain Logarusic’s only win in 14 matches, after the Warriors lost the last qualifier at home to rivals Zambia in a match in which only pride was at stake.

The Zimbabwean FA finally lost patience this week and severed ties with Logarusic.

Meanwhile, former Zimbabwe captain and defender Norman Mapeza has been appointed caretaker coach for the remainder of the World Cup qualifiers, with a performance-based option of extending the tenure to the Afcon finals.

The Black Stars, also struggling in Group G with three points, host the Zimbabweans in Cape Coast on 6 October before traveling to Harare for the reverse fixture four days later.