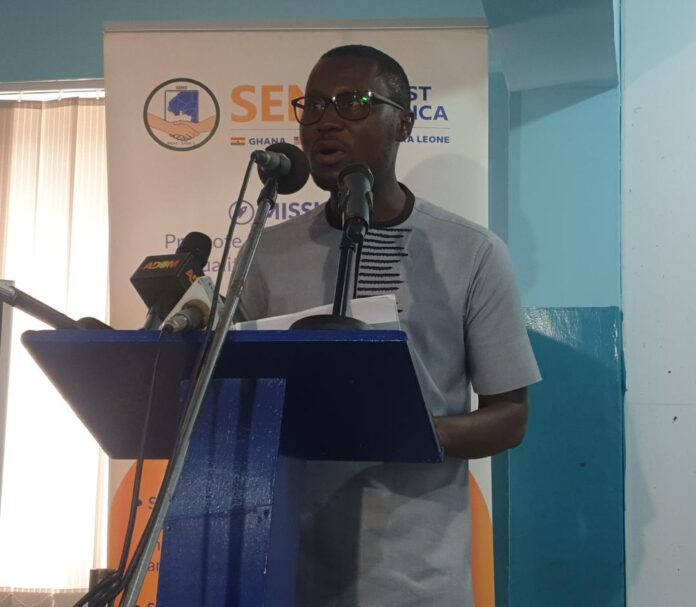 SEND Ghana as a matter of urgency has called on the government of Ghana to release funds for the 73rd and 74th cycle payments for  Livelihood Empowerment Against Poverty (LEAP) beneficiaries.

According to Emmanuel Ayifah, deputy country director, Send Ghana, further delays in payment will only worsen the hardships of long-suffering households.

“We have invited you here today to express our resentment of the government’s demonstrated lack of commitment in releasing funding for timely payments of grants to households depending on the Livelihood Empowerment Against Poverty (LEAP) programme across the country; and to highlight some critical actions needed to improve social protection delivery, even as the 2022 budget statement and economic policy is under preparation”.

“In January 2021, the government combined the 69th and 70th cycle payments that went out to 333,967 LEAP beneficiary households. The 71st and 72nd cycle payments, due in March and May 2021, respectively, were delayed and paid together in June.

…The 73rd payment cycle was due in July, but our investigations have revealed that beneficiaries are yet to receive their cash support. It is unclear when the 74th cycle, which is also now due, will be paid. The current delayed payment has resulted in the denial of income to 344,023 households made up of approximately 1.5 million (1,516,421) Ghanaians who depend on LEAP for their daily sustenance”, he explained.

Adding that the public is quickly losing confidence in the effectiveness of the LEAP and other such social protection programmes to defeat poverty and address inequality, owing to rampant delays in paying beneficiaries grants.

Addressing a press conference in Accra on Tuesday 14th September, Mr Emmanuel Ayifah said SEND Ghana has been unhappy with the approach in which the government uses to deploy payment to the beneficiaries, stating that 30, 000 households were denied LEAP grants in the 60th cycle which had to take the intervention of SEND Ghana for the beneficiaries to get paid.

“You may recall that in November 2019, SEND GHANA addressed the media here at the International Press Centre, where we commended the government for heeding our call to pay the 61st-cycle LEAP grants after they were delayed. Some 30,000 households with over 125,000 beneficiaries who were denied payment during the 60th cycle of the grants received double amounts (60th and 61st cycle payments).

Noting that, the government has only show limited commitment to protecting such rights to social protection in the country”, he stated.

He then invites everyone to join SEND Ghana to collectively urged the government to take decisive actions to bring a permanent end to the incessant delays in releasing funding for LEAP and other pro-poor interventions.

Mr Emmanuel Ayifah in conclusion called on the government to put an end to the delayed LEAP grant payments, also imploring the Ministry of Gender Children and Social Protection, to as a matter of priority, take decisive actions in the 2022 budget statement and economic policy, which is currently under preparation, to improve social protection delivery in the country.

In addition to the cash transfer, LEAP offers free registration in the National Health Insurance Scheme. To participate in LEAP, poor households also needed to have at least one member who was elderly, living with a disability or an orphaned and vulnerable child.