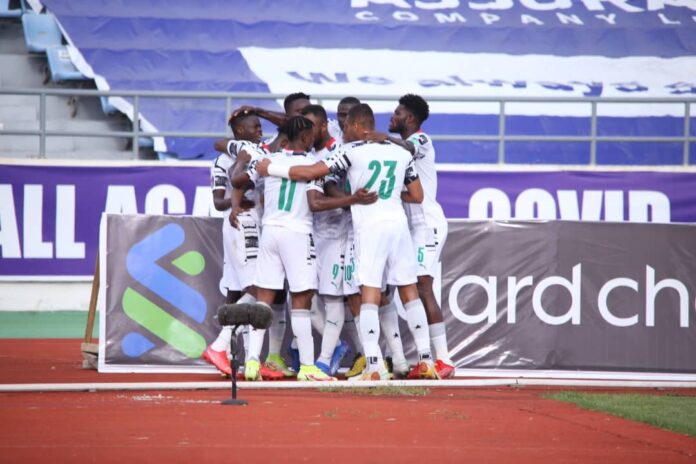 Ghana beat Zimbabwe 3-1 at the Cape Coast Stadium on Saturday to remain on the neck of South Africa in Group G of the qualifiers for the Qatar 2022 FIFA World Cup.

The victory at home for the Black Stars takes them to six points, one behind leaders South Africa who had earlier beaten Ethiopia 3-1 in the other group fixture in Bahir Dar.

Mohamed Kudus had given the hosts a fifth-minute lead before Knowledge Musona drew Zimbabwe level from the penalty spot in the second half. However, Thomas Partey and skipper Andre Ayew scored later to firm up the victory for the hosts.

Kudus broke the deadlock with a neat low finish inside the box after some quick change of passes. Kudus had another chance in the 19th minute with a shot from distance which flew straight to the keeper’s arms.

Kamal Deen Sulemana had the other close chance for Ghana with a shot that was deflected behind for a corner as the home side went to the break tails up by a goal.

Zimbabwe had a better start in the second half and were level four minutes after the restart when skipper Musona scored from the penalty spot.

They almost took the lead in the 53rd minute but Jordan Zemura saw his cracking shot denied by the crossbar.

After surviving the onslaught, Ghana took their chances and went 2-1 up after 66 minutes when some individual effort from Partey saw him find space inside the box before shooting past the keeper.

ALSO READ  Black Meteors touch down in Tokyo for Japan and South Korea friendlies
AMA GHANA is not responsible for the reportage or opinions of contributors published on the website.