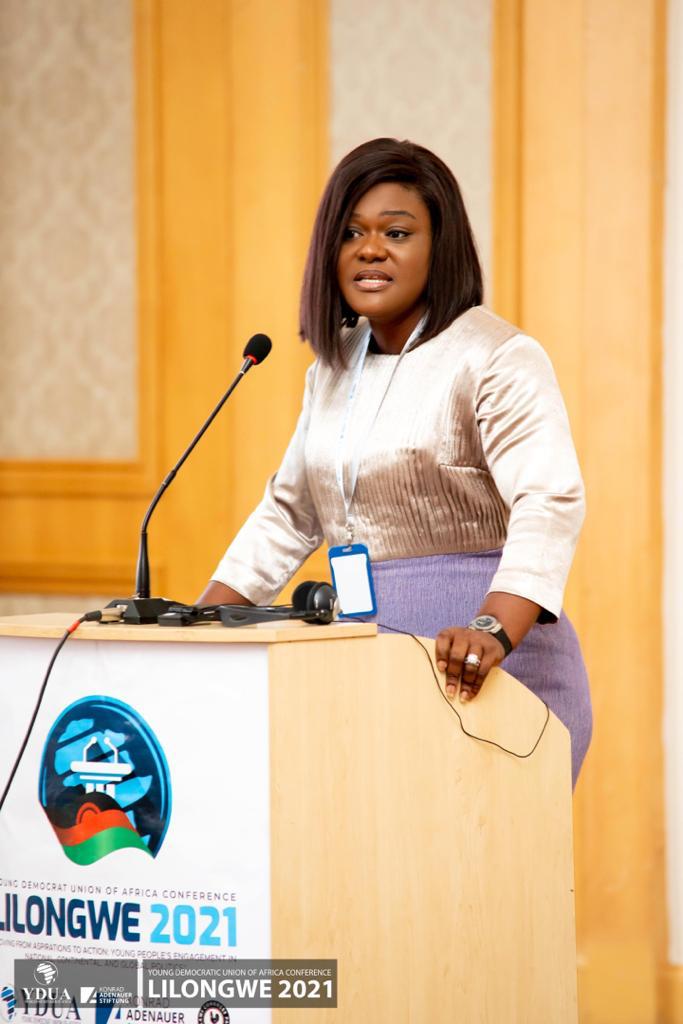 The Elections Committee of the Young Democrat Union of Africa (YDUA) yesterday declared H.E. Louisa Atta-Agyemang President of the organisation for a second term after members of the group unanimously voted in favour of their current President.

The Secretary of the Election Committee observed that the election was one of the most profound experiences in his career, in that members exhibited a very high sense of professionalism.

Held on the sidelines of the Annual Conference of the YDUA, which is ongoing in Malawi under the theme, “Moving From Aspirations To Action: Young People’s Engagement In National, Continental, And Global Politics”, the elections were convened by youth leaders from all centre-right political parties in Africa.

During the earlier sessions of the conference, several high profile speakers openly celebrated the exceptional leadership qualities of Madam Atta-Agyemang, extolling in particular, her courage and bravery to speak against dictatorial and authoritarian regimes and advocating strongly for the rule of law. Other speakers talked about her hard work, dedication, and commitment to the Union.

It came as no surprise that her comrades overwhelmingly affirmed her mandate for a second term running without any contestations.

In her acceptance speech, H.E Louisa Atta-Agyemang remarked, “We look forward to working constructively and collectively with the members of YDUA to build a secure and peaceful Africa, where the hopes and aspirations of young people are tenable”.

On the back of a remarkably successful first term, expectations are exceptionally high that as she assumes her second term of office, Her Excellency’s leadership will usher the Young Democrat Union of Africa (YDUA) into greater heights.

H.E Louisa Atta-Agyemang is expected to lead the Union for one year.

ALSO READ  At IATF, Multilateral Financiers discuss trade initiatives post Covid-19
AMA GHANA is not responsible for the reportage or opinions of contributors published on the website.