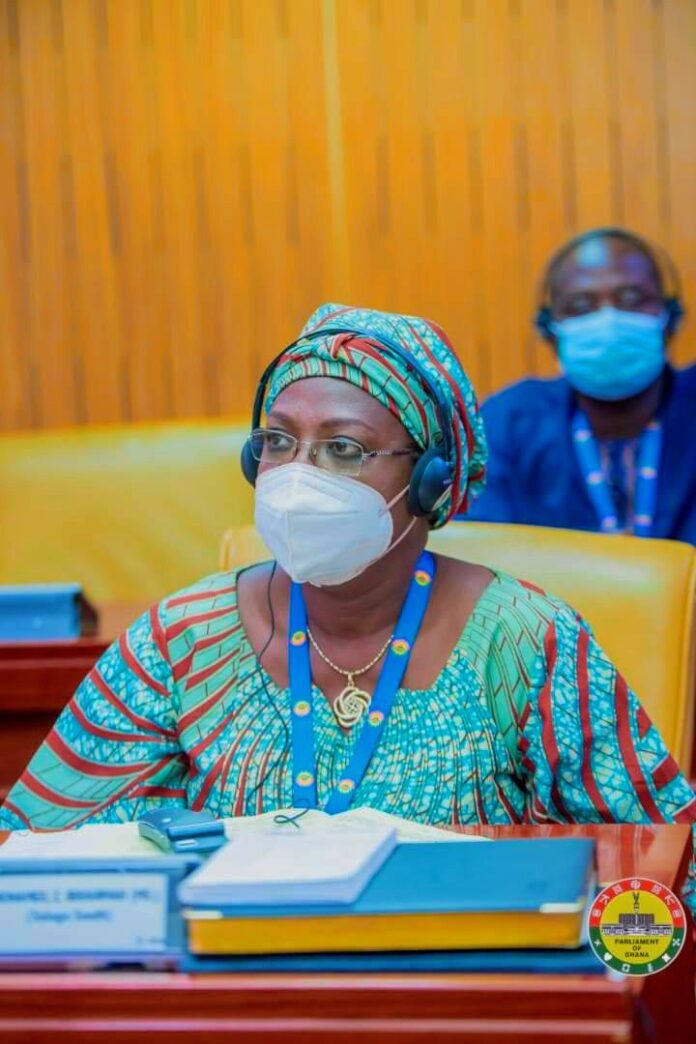 Over the weekend, Finance Minister, Ken Ofori Attah announced at the graduation ceremony of the University of Professional Studies, Accra – UPSA class of 2021, that the government can no longer employ any more people, due to the heavy financial burden on the national budget.

He intimated that the government uses 60% of its revenue to pay salaries and wages of over 650,000 Ghanaians representing approximately 2.2% of the population. To put this in context, for every GHS10 Ghana raises in revenue, GHS6 is used to pay public sector workers.

By this assertion, Ken Ofori Attah has just shut the door loudly and firmly in the face and ears of prospective job seekers in government agencies. He has indeed provided no avenue of hope for the teaming youth that are graduating with degrees, with no jobs on the horizon.

His statement means there shall be no financial clearance to Government Ministries, Agencies and Departments without which they cannot employ. This is a sorry situation especially at a time when the unemployment situation in Ghana has been described as a national security threat. These youth could potentially become soft recruitment targets for terrorist groups, especially at a time when there is instability in the sub-region due to the operations of Boko Haram, al Qaida, Islamic State, etc.

The youth just want to earn a living, with most of them unable to start businesses due to the lack of a conducive macro-economic environment and currency stability ($1 is now GHS6.10).

What was conspicuously missing in The Finance Minister’s address was the government’s plan to equip these graduate youth with the right skills to become entrepreneurs. He also failed to mention how the government aimed at supporting these youth with an interest rate regime that made borrowing accessible to start a business.

It is surprising to note that when the government (then in opposition) made noises about moving the economy from taxation to production, they conveniently omitted the area of job creation. The same government has now made life unbearable for the Ghanian with nuisance taxes that include a ‘borla tax’ in the price build-up of petroleum. These taxes have stifled the private sector, who are now unable to create jobs and of course still reeling from the devastating effects of COVID-19.

The effects of these taxes are to simply deepen the tax net, rather than widen it. This is a particularly worrying sign of ‘lazy’ economics that doesn’t consider the future of this country.

What I take out of Ken Ofori Attah’s comments are that the government has simply failed in the job creation agenda. The finance minister talks about entrepreneurship, but he doesn’t talk about his plans to fund these young budding entrepreneurs; where will they get funding from? Is there some funding that has been ring fenced for them?

The finance minister in his address mentions the inability of the government to absorb the young graduates in the public sector due to lack of ‘room’ on the government payroll. Why didn’t he mention any creative initiatives for the government to raise revenue? Perhaps they have none?

Ghanaian youth voted his party into government to provide them with solutions, not to continue to define the problems. Considering the occasion, the least the finance minister could have done was to empathize with the graduating youth, give them hope and encouragement. What he ended up doing was to leave the youth with questions and despondency. He failed to provide them direction and was all too happy to dampen their enthusiasm on the most important day of their lives.

When you juxtapose some of his comments to the NPPs campaign rhetoric, you have no option than to reach the conclusion that their promises were deceptive. They promised to embark on an industrialization drive to create jobs, but for the last 5 years, these jobs have not been forthcoming.

Governance remains the art of being responsible and responsive to your citizens. Unfortunately, the NPP government has failed in this exercise of governance.

I weep for our unemployed youth, and I weep for Mother Ghana.

Ps.
I thought Ken Ofori Atta left is own businesses (Data Bank, Enterprise Insurance, etc) to become a government appointee. There must be a good reason for that I guess…!!!!