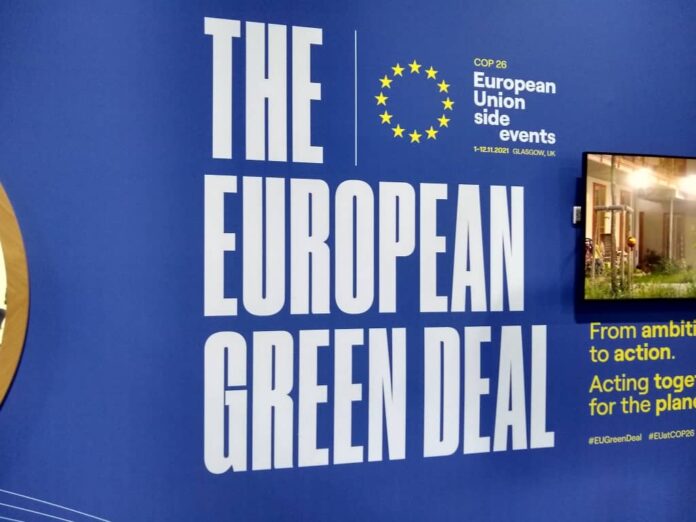 The LDCF, hosted by the Global Environment Facility, is the only dedicated source of climate resilience funds for the 46 Least Developed Countries, which have contributed the least to carbon emissions and face some of the highest risks from the effects of climate change.

The pledges from Belgium, the Belgian region of Walloon, Canada, Denmark, Estonia, France, Germany, Ireland, the Netherlands, Sweden, Switzerland, and the United States were announced in Glasgow, where signatories to the UN Framework Convention on Climate Change are discussing ways to close the climate finance gap and meet the commitments made in the Paris Agreement in 2015.

“I am delighted at the strong show of support to the Least Developed Countries Fund, which stands alone as a source of support to the world’s most vulnerable countries. The pledges made today will make an immediate difference in the places where climate change risks are most acute,” said GEF CEO and Chairperson Carlos Manuel Rodriguez. “We need to keep building on this support to close the climate finance gap and meet the Paris Agreement’s goal to increase all countries’ resilience to the very serious challenges that climate change will bring.”

“The LDCF has a special place in the hearts of Least Developed Countries, as it is the only climate change adaptation fund that is designed to meet our unique needs and priorities. We are 46 of the world’s most vulnerable countries, and the science indicates that our climate risk exposure will only increase,” said Sonam Phuntsho Wangdi, Chair of the LDC Group at the UN climate negotiations.

ALSO READ  Examining the prospects of Green Hydrogen in Africa

“Support from the LDCF enables us to take action and prepare for trouble ahead. We are pleased about the generous new contributions to the LDCF announced today and sincerely hope that additional donors will follow suit given how meaningful this source of support is to us.”

The LDCF is the only climate resilience fund that exclusively targets the Least Developed Countries. Since 2001, it has provided $1.7 billion for projects that have reduced the climate vulnerability of more than 50 million people and strengthened the climate-resilient management of 6 million hectares of land.

The LDCF also supports countries’ planning processes to reduce their medium- and long-term vulnerability to the impacts of climate change and facilitate the integration of climate change adaptation into relevant policies, programs, and activities.