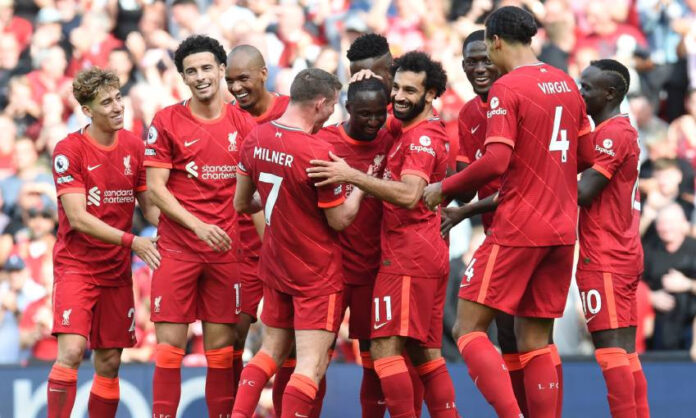 SuperSport viewers on DStv and GOtv can look forward to Round 12 action from the Premier League, with matches scheduled to run from Saturday 20 to Sunday 21 November 2021.

The top clash from this weekend’s Premier League action sees Liverpool welcome Arsenal to Anfield for a rivalry which has traditionally been one of the most entertaining anywhere in Europe.

And while the Reds continue to look one of the top teams in England, the Gunners have recovered from their awful start to the season and manager Mikel Arteta will see this clash as a good litmus test by which to judge his team’s progress.

“When you play against the team that is going to be up there obviously it’s great when you’re able to beat them. It’s another game, we are on a good run and we have to continue to do so. We will have to improve,” said Arteta.

Another mouthwatering clash, and one which opens the round’s action early on Saturday afternoon, has Leicester City hosting Chelsea at the King Power Stadium. The Blues are definite title contenders, while the Foxes have struggled to find consistency.

“It’s concentration. We’ve got a young squad who are developing at the level. They are playing European football, they are playing lots of games, and you have to be on it every single game, you can’t be giving teams a two-goal start,” said Leicester boss Brendan Rodgers on his team’s propensity for slow starts.

Elsewhere this weekend in the Premier League, Watford will hope for home inspiration at Vicarage Road for the visit of Manchester United, while Everton and Rafa Benitez will hope to outsmart Manchester City when the teams meet at Goodison Park on Sunday.

Later the same day, the round will be wrapped up by a clash between Tottenham Hotspur and Leeds United – two teams which are certainly under-performing in the 2021-22 season and will be desperate to claim all three points in their clash in North London.