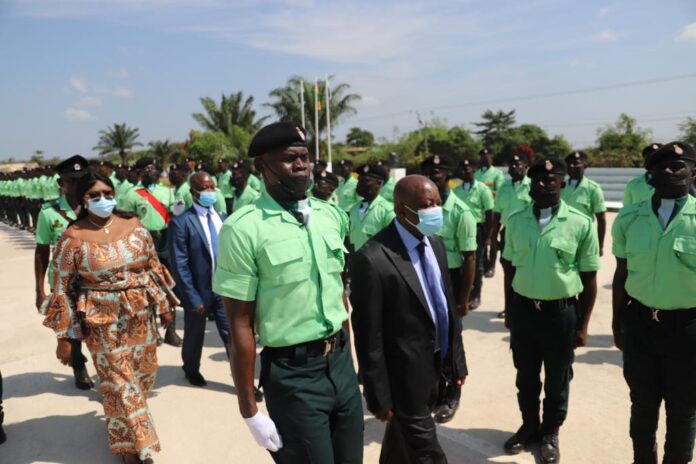 The Minister of Health, Kwaku Agyemang-Manu has announced that the government, through the Ministry of Health, is to administer, maintain and operate a nationwide comprehensive Emergency Medical Services System throughout the country that is designed to reduce medical emergencies, deaths, injuries, and permanent long- term disabilities.

This will be implemented through a fully integrated network of related components.

Mr. Agyemang-Manu made this known at the passing out of Emergency Medical Technicians of the National Ambulance Service at Nkenkaasu in the Offinso North District of the Ashanti Region.

The 435 Emergency Medical Technicians underwent a one-year Training to acquire expertise in Pre-Hospital Management of casualties and to be at the forefront of providing pre-hospital care to the injured and the sick. They will form part of the National Ambulance Service Emergency Medical Service teams numbering 2,547, who are relied upon to respond to emergencies in the country.

This year’s passing out parade at the Paramedic and Emergency Care Training School at Nkenkaasu in the Offinso North District of the Ashanti Region attracted Ministers of State, Traditional rulers, and representatives of the security services.

A simulation was conducted at the event for dignitaries to appreciate the readiness of the Technicians in handling emergencies.

President of the Offinso Traditional Council, Nana Kwaku Dua urged the government to consider upgrading the Paramedic and Emergency Care Training School into a centre of excellence.

The Minister for Health, Mr. Kwaku Agyemang-Manu paid tribute to the late Offinsohene, Nana Wiafe Akenten for his role in allocating and for the establishment of the Paramedic and Emergency Care Training School at Nkenkaasu. He commended the Chief Executive Officer of the National Ambulance Service, Professor Ahmed Zakaria for his hard work and commitment to make the training school, one of the best in the sub-region. Mr. Agyemang-Manu reiterated the government’s commitment to ensuring quality Health Care Delivery to Ghanaians.

The Chief Executive Officer of the National Ambulance Service, Professor Ahmed Zakaria expressed concern about frequent attacks on ambulances by robbers and appealed to the Police Administration for an effective partnership to curb the menace.

Highlight of the event was the inauguration of a 500 Seating Capacity Auditorium Conference Hall.