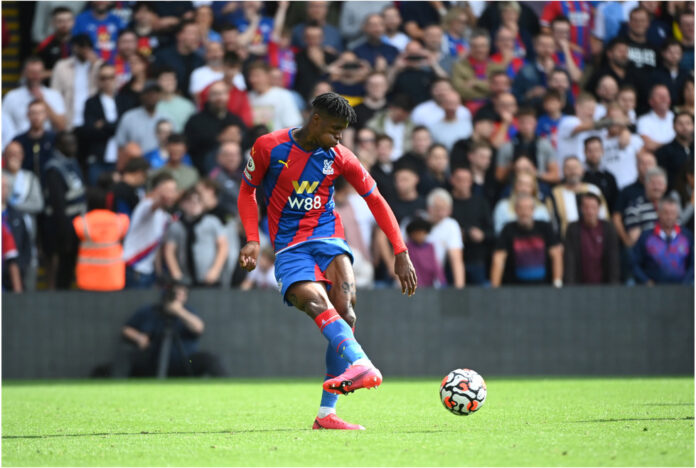 Crystal Palace have been on the Premier League’s surprise packages so far in the 2021-22 season, with new manager Patrick Vieira bringing a more sophisticated and expansive style of play to the London club compared to the conservatism of previous boss Roy Hodgson.

One of the main beneficiaries of this has been Zaha, who has long been the Eagles’ attacking talisman but has often had to shoulder an immense burden on his own. Yet now that Odsonne Edouard and Conor Gallagher have also started chipping in with goals, Zaha is given more freedom to express himself and the 29-year-old is clearly enjoying life under Vieira.

The Ivorian added, “The performances are getting better and better and we’re getting strong and stronger and the main thing is we’re winning games; we worked hard and we’re finally getting the points from it.”

The only cloud on Zaha’s horizon recently has been his future with the Ivory Coast national team. He recently asked to be omitted from their squad for 2022 World Cup qualifiers earlier this month, with Elephants coach Patrice Beaumelle questioning the player’s commitment.

However, Vieira has come out in support of Zaha and has even backed the player to go to the Africa Cup of Nations in January-February – knowing full well that it will affect Palace’s form when he is gone.

“Wilfried still wants and still hopes to go to international,” Vieira said. He made it clear to myself, talking to him, about how much he loves playing for the Ivory Coast national team, how proud it will be for him to be [at] the World Cup with Ivory Coast. He still wants to go to the international stage, so I was quite surprised to see all these comments coming out in the last couple of days.”

The Palace boss added, “What I know is that he still wants to go to international, so we will support and I will support him. It’s up to the manager to make the decision about who he will call [for the AFCON].”

Zaha will be looking to continue his form when Palace welcome Aston Villa to Selhurst Park for a Premier League clash on the afternoon of Saturday 27 November 2021, a match you can see LIVE on SuperSport Variety 3.