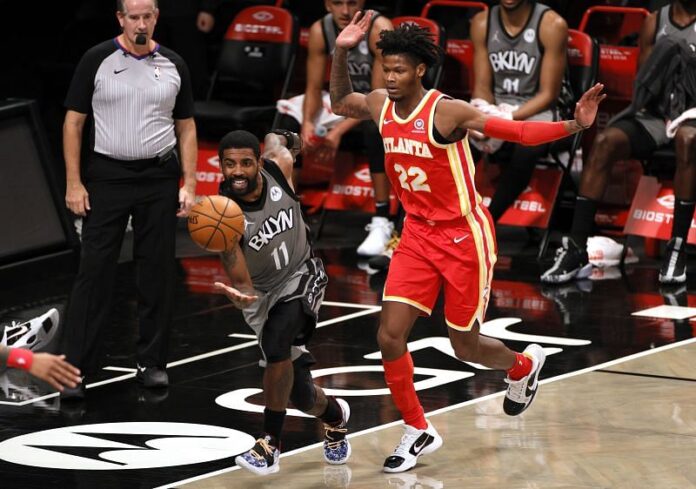 DStv and GOtv is your home of the Entertainment and Sports Programming Network.

The first of three live NBA Regular Season games this week arrives on the morning of Saturday 11 December, as the Atlanta Hawks welcome the Brooklyn Nets to the State Farm Arena (02:45 LIVE on ESPN 2).

The Hawks are hovering in mid-table in the Eastern Conference and will be looking to recapture the form that brought an impressive 132-100 away win over the Memphis Grizzlies, in which Trae Young racked up 31 points and 10 assists.

“We did a good job of moving the ball and getting the ball to the open guys,” Atlanta coach Nate McMillan said. “And our guys were knocking down shots.”

He added, “I thought our defence was doing a really good job of making it hard for them to score. That third quarter, we kind of opened up things with limiting them to one shot and getting out in transition.”

The Hawks-Nets clash will be immediately followed by the Phoenix Suns hosting the Boston Celtics at the Talking Stick Resort Arena (05:05 LIVE on ESPN 2).

The Suns boast an excellent record so far this season and are one of the pace-setters in the Western Conference along with the Golden State Warriors and Utah Jazz, though coach Monty Williams is not getting ahead of himself.

“You know it’s a long season,” Williams said. “You understand that every NBA team can give you trouble. For me, I can’t look to Golden State. I am thinking about tomorrow. But I am sure the guys do that and you naturally do it and then you focus on the next right thing that you have to do. There is so much parity in the league right now, that you can’t walk into a game and say, ‘I got this.’ You’re going to get clipped.”

The third and final live NBA game this week will be aired on the evening of Sunday 12 December, as the reigning champions, the Milwaukee Bucks, take on the New York Knicks at Madison Square Garden (19:00 LIVE on ESPN).

The Bucks have had a middling season thus far – compared to their Championship-winning efforts last term – but the return of key players and the ability to start games fast is boosting their hopes.

“I can’t really give a reason why, I just feel like it’s just comfortable,” said Bucks star Jrue Holiday. “It’s like that first game when we came out it felt comfortable playing with everybody being back on the court. We went through some struggles and that helped us to kind of find a place.”