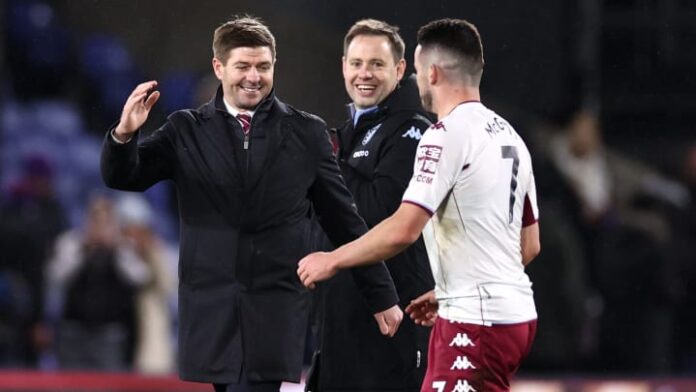 SuperSport viewers on DStv and GOtv can look forward to Round 16 action from the Premier League, with matches scheduled to run from Friday 10 to Sunday 12 December 2021.

The key match from this weekend of Premier League football sees Liverpool host Aston Villa at Anfield, with Steven Gerrard’s return set to be the major narrative. The new Villa manager holds iconic status with the Reds – having played more than 700 matches in a Liverpool shirt from 1998 to 2015 – but he will be looking to put a big dent in their title hopes come Saturday afternoon.

“You are trying to control your emotions, but inside you are kicking every ball. I want to coach from the side, I want to be visible and help them, guide them. Inside is what was with me as a player, that will to win, that drive…. I hate losing,” said Gerrard.

The round opens on Friday evening with a crunch clash between promoted sides Brentford and Watford, who are both very keen on the three points as they look to ensure top-flight survival, while Saturday’s early kick-off sees Manchester City welcoming Wolverhampton Wanderers to the Etihad Stadium.

Wolves have proved tricky opponents for the Citizens in the past, and the Midlands club have a new lease on life under manager Bruno Lage this season, but Pep Guardiola’s side will start the match as clear favourites to claim all three points.

“We are trying to create a new cycle and we want to improve every day. After 10 or 15 years, when I finish, then it is time to relax and be comfortable. But when I look back I don’t want to have wasted time just being there. That is what I want from my players,” said Lage.

Saturday also features Arsenal and Chelsea looking for home wins against Southampton and Leeds United respectively, while Sunday sees Crystal Palace host Everton in the headline clash, with Patrick Vieira hoping his side continue their progress.

The Eagles have made major strides under the former Gunners midfielder, but there are still rough edges. “I was a little bit disappointed with how we managed the game but that’s just showing the team needs to grow,” said Vieira after a recent 3-3 draw with Burnley. “There is a maturity we didn’t have today to really manage the game better.”