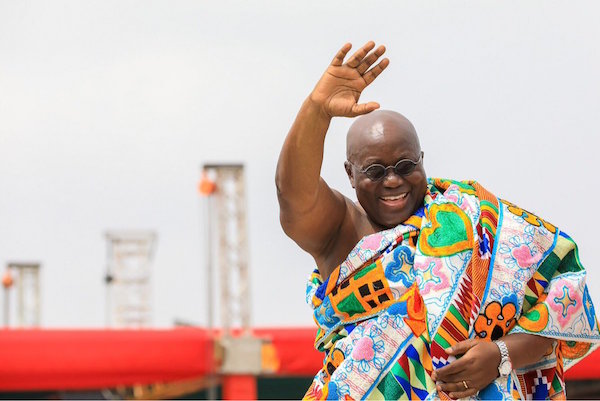 The 1998 assurance words of former President Kufuor to then-candidate Akufo-Addo would have become meaningless if President Akufo-Addo has not put the needed efforts in helping the party to win the 2000 and 2004 general elections as well as ensuring unflinching support to Kufuor’s government between 2001 to 2007.

Regardless of ex-President Kufuor’s statement to President Akufo-Addo in 1998 after the flagbearership contest, Akufo-Addo still never had it easy to secure the mandate of the party in 2007. He was keenly contested by 16 others, including completely new entrants.

If any of the aspirants have won the contest other than Akufo-Addo in 2007, that person and his supporters wouldn’t have rejected the victory because of the assurance words of former President Kufuor to Akufo-Addo in 1998 to the effect that, “Akufo-Addo will come after him to lead NPP”. Certainly big No.

Those Presidential aspirants should not have wasted the time of the delegates and resources of the party in 2007, 2010, and 2014 if indeed former President Kufuor’s assurance statement to candidate Akufo-Addo in 1998 was the absolute decision of the party.

Since former President Kufuor’s assurance statement to Akufo-Addo after the 1998 flagbearership contest could NOT automatically guarantee an unopposed ticket for President Akufo-Addo in the 2008 general elections in accordance with the participatory democratic principles of Danquah-Dombo-Busia family, certainly the same way Akufo-Addo’s statement to Alan John Kyerematen after the 2007 Flagbearership contest that he may come after him to lead NPP shall never guarantee an unopposed ticket for Alan Kyerematen, and it shall practically mean nothing to the ears of the 2023 delegates of NPP if ”Alan Cash” and his team do not work very hard enough to win the trust, loyalty and confidence of the delegates of NPP.

Akufo-Addo worked very hard over the years yet was unable to secure a 50%+1 vote for a one-touch victory in 2007 largely due to the insignificant votes pulled by the other aspirants except for Alan who had 32.3% as the first entrant. Therefore, it should not surprise “Alan Cash” and his team if Dr. Bawumia manages to garner 50%+1 as a new entrant in 2023.

Former President Kufuor could not choose a Presidential Candidate for NPP in 2007 and ahead of the 2023 flagbearership contest the endorsement of President Akufo-Addo shall never guarantee victory for any of the Presidential aspirants.

The delegates of 2023 shall make their own respective ultimate decisions in the election of the 2024 Presidential Candidate. It will be in the interest of potential Presidential aspirants to work very hard in support of Akufo-Addo’s government and the party in order to win the trust, loyalty, and confidence of the delegates and Ghanaians at large.

The endorsements of former President Kufuor and current President Akufo-Addo shall be inconsequential on the 2023 flagbearership contest since none of them can influence or decide for delegates.

Above all things, meritocracy and current relevance shall be the eventual benchmark for the election of the 2024 Presidential candidate and not old or new endorsement videos from either President Akufo-Addo or former President Kufuor.

Kofi Agyepong appointed as the new Boss of YEA