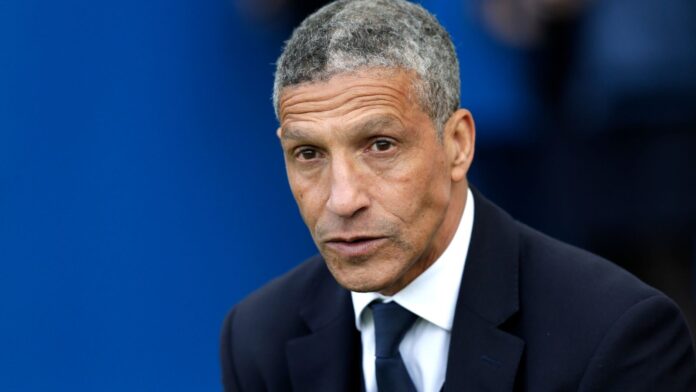 Former Newcastle United manager, Chris Hughton is set to be named the new Black Stars coach according to reports.

According to the reports, the Ghana Football Association [GFA] has reached an agreement with the Youth and Sports Ministry to appoint the Irish Ghanaian as the successor for Milovan Rajevac.

Rajevac was sacked after Black Stars abysmal performance at the 2021 Africa Cup of Nations [AFCON] in Cameroon, where the team exited the tournament at the group phase with just a point.

Kurt Okraku, who is the President of the Ghana Football Association is convinced the former Tottenham Hotspur manager is the right man for the job despite holding talks with Otto Addo in Germany

However, the reports added that the GFA will name Hughton as the interim manager for Ghana’s FIFA World Cup playoffs against Nigeria later next month.

He has reported that the purpose of the meeting was to convince Otto Addo to take up the role of interim manager but must first negotiate with Dortmund before he is released.

Chris Hughton’s appointment is expected to be announced after Ghana’s games against Nigeria. Hughton has already held discussions with President Akufo Addo at the Jubilee House and has been assured of the job.

Ghana will host the Super Eagles in the first leg on March 23 before travelling to Abuja for the return encounter on March 29.

The Black Stars having missed out in 2018 will be hoping to return to the Mundial for the fourth time.