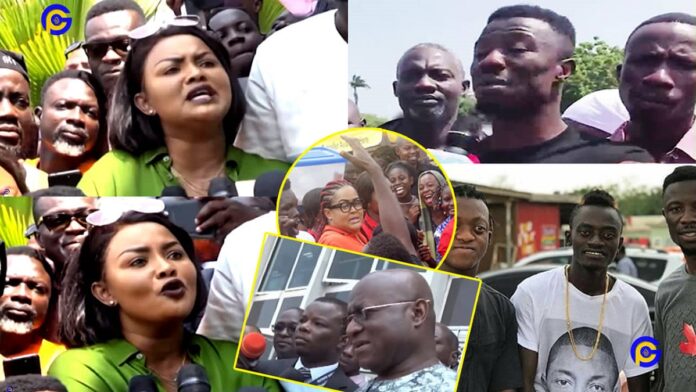 A cross-section of movie stars, producers, and authors in Ghana are angry over the delay in the distribution of the money released to ARSOG by the government.

Some personalities (names withheld) who spoke with SeancityGh expressing their anger said, they have reliable information that the government has released the money to the leadership of the association but its distribution to the rightful beneficiaries has been the issue.

They, are, however calling on their leadership to do the needful thing to avert a possible demonstration against them.

ARSOG is the Audiovisual Rights Society of Ghana, established in 2011 to protect the rights of owners of Audiovisual works in Ghana.

There are two other specialists appointed per their expertise and the Chief Executive Officer.

By statute, ARSOG must have two offices in the country. There must be one in the Southern sector (Accra- Headquarters) and another in the Northern sector of the country (Kumasi).

ARSOG collects royalties on behalf of owners from public users of audiovisual works.

In addition, it is also the recipient of levy on recordable material from the Government on behalf of owners of audiovisual works.

This they do for the onward distribution of these funds to their owners.

ALSO READ  250 journalists complete capacity training under MCEP
AMA GHANA is not responsible for the reportage or opinions of contributors published on the website.