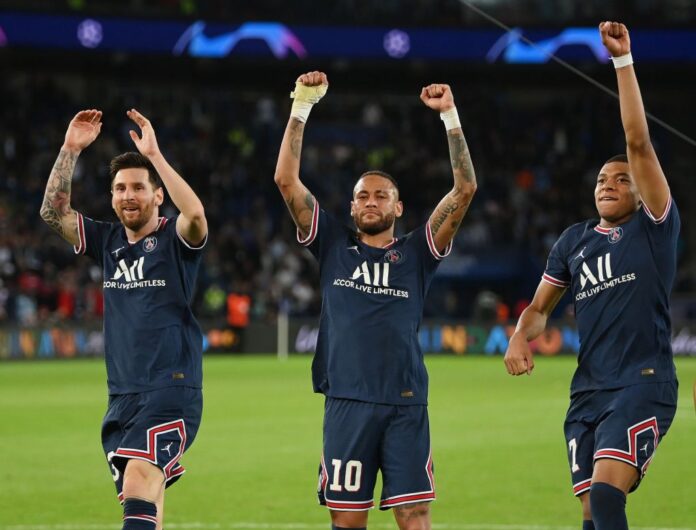 SuperSport viewers on DStv can look forward to Round of 16 action from the UEFA Champions League, with matches scheduled for Tuesday 15 and Wednesday 16 February 2022.

The knockout stage of the UEFA Champions League gets underway on Tuesday evening with clashes in Paris and Lisbon. In the former, Paris Saint-Germain will welcome Real Madrid for a true meeting of heavyweights, while the latter sees Sporting CP hoping to upset English giants Manchester City.

The clash in Parc des Princes has an extra layer of interest given that PSG star Kylian Mbappe has been linked with a move to Real. In fact, former Paris star Zlatan Ibrahimovic recently said that the French striker should move to the Spanish capital to take the next step in his career.

“It is true that one day he asked me and I replied, ‘If I were you, I would go to Real Madrid.’ I had the opportunity to play for different teams in different countries, that’s how I learned and grew up. Playing at home your entire career is easy,” said ‘Ibra’.

The Sporting v Man City clash, meanwhile, will bring an interesting battle of wits between Ruben Amorim – who has revived the fortunes of the Portuguese giants and is seen as one of the most promising young managers in Europe – and Pep Guardiola.

“We will have time to grow more and we will be prepared for the next round,” said Amorim, whose side recovered from losing their first two group games to qualify for the knockout rounds alongside Ajax.

Wednesday sees a regional rivalry take centre stage as Austrian side RB Salzburg welcome Bayern Munich to the Red Bull Arena. The home side’s manager, Matthias Jaissle, is well aware of the challenge that awaits them against the Bavarian giants.

“We know how difficult these two matches could be. We want to try to play bravely against Bayern and bring our own style of football out onto the pitch. It’s a really attractive draw for our club and fans, of course,” said Jaissle

Wednesday also features Italian champions Internazionale hosting Liverpool at the San Siro for a potential thriller. The Reds are backing themselves to come through the tie against the Nerazzurri, though manager Jurgen Klopp has warned his side of three key danger men for the hosts.

“Yes, obviously [Alexis] Sanchez and [Edin] Dzeko [both former Premier League players] we know well – and Lautaro Martinez is one of the most exciting strikers in the world,” said Klopp.