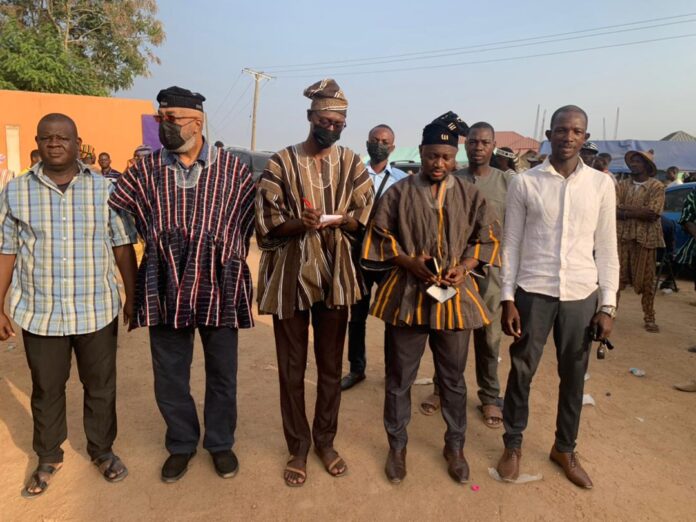 The colorful event organized by Chief Musah a popular philanthropist in the greater region brought together family and friends of Chief Musah, the northern brothers, Muslims, Islamic scholars, opinion leaders, political party representatives, and people from all walks of life.

The celebration is aimed at putting smiles on the faces of all persons present irrespective of their political affiliations and religious inclinations.

On behalf of the team, Hon. Alhassan Sayibu Suhiyini, a member of Parliament for Tamale North Constituency, reaffirmed the importance of togetherness and expressed gratitude to the people present for the warm reception given to them.

He proceeded to share with the masses the good news of the NDC and chastised the ruling government of President Nana Addo Dankwa Akuffo Addo for the economic hardships.

He took advantage of the occasion to speak about the benefits of Unity and urged the program’s beneficiaries to learn from Chief Musah and promote unity and peace in their endeavors.

Alhaji  Abubakari, the former Deputy Masloc Boss, also joined him in making the program a success.

ALSO READ  Christians charged to lead corruption fight
AMA GHANA is not responsible for the reportage or opinions of contributors published on the website.