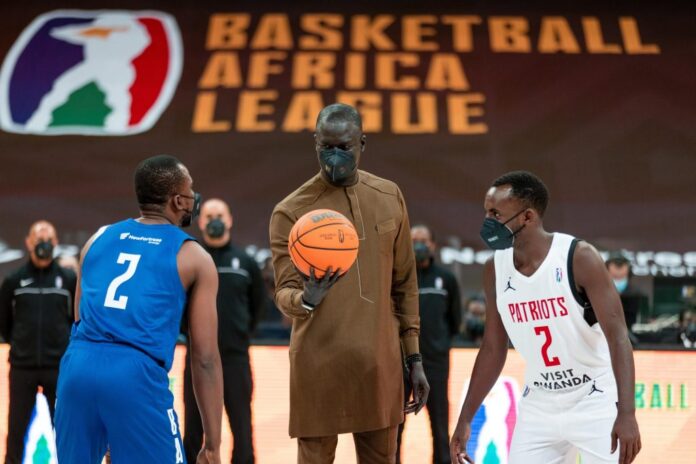 The Basketball Africa League (BAL) today announced its roster of broadcast partners for the 2022 BAL season (https://on.nba.com/3hEBzXm), which tipped off, Saturday, March 5th at the Dakar Arena in Dakar, Senegal, will include stops in Cairo, Egypt and Kigali, Rwanda.

The second BAL season will reach fans in 215 countries and territories in 14 languages through free-to-air and paid TV broadcast partnerships with Canal+, ESPN, NBA TV, Tencent Sports, TSN, American Forces Network (AFN) and Voice of America (VOA), and livestreaming on the NBA App, http://NBA.com and http://NBA.com/BAL.

Tickets for the Sahara Conference games and BAL Fan Zone experience at the Dakar Arena from March 5-15 are on sale now at NBA.com/BAL, Jumia.sn (https://bit.ly/35Mz1DF) (premium and courtside seats) and at the BAL’s cultural animations at various retail points across Dakar. The first BAL Fan Zone will feature a DJ, live musical performances, concession stands, merchandise sales, opportunities to meet NBA and basketball legends, and more.

“The BAL is back with an impressive group of world-class broadcast distribution partners for our expanded second season,” said BAL President Amadou Gallo Fall. “As the competition intensifies and travels to more cities in Africa, we are excited that BAL games will reach more fans across Africa and the world on devices and platforms they use most through our partners and the official BAL website.”

Below please find complete details about the 2022 BAL season’s global broadcast distribution:
For the second consecutive year, Canal+ and ESPN will air every BAL game across Francophone and Anglophone countries and territories in sub-Saharan Africa. Canal+ will also produce and distribute original programming about the league, including an eight-episode magazine show “BAL Action” set to premiere March 5.
VOA will broadcast 31 games across its extensive radio network in Africa, including select games in English, French, Portuguese, Kinyarwanda and Wolof. New this year, VOA and the BAL will collaborate on additional programming including weekly podcasts from Dakar, Cairo and Kigali beginning March 4 that will air across VOA and BAL online platforms.
Select free-to-air channels across Africa will air BAL games throughout the season.
In the U.S., the opening game and Finals will air on ESPNews, with all the remaining games available on ESPN+.
ESPN will air the opening game and Finals in select countries in Asia-Pacific, the Caribbean and Latin America, and all BAL games will air on ESPN’s digital platforms in the same regions.
BAL games and programming will be available in Canada on TSN and in China on Tencent Sports.
AFN, which is distributed to U.S. military bases and ships at sea in 167 countries and territories, will air select games live and on delay throughout the season.
NBA TV will broadcast all 38 games live or on delay in the U.S. and around the world.
For the second consecutive year, every BAL game will livestream on the NBA App, http://NBA.com and http://NBA.com/BAL.
The 12 BAL teams, which represent 12 African countries and include defending BAL Champion Zamalek (Egypt), have been divided into two conferences – the Sahara Conference and the Nile Conference. Each conference will play a 15-game group phase during which each team will face the five other teams in its conference once. The Sahara Conference group phase will take place at the Dakar Arena from March 5-15, while the Nile Conference group phase will take place at Hassan Mostafa Indoor Sports Complex in Cairo from April 9-19. The top four teams from each conference will qualify for the BAL Playoffs, which will feature a single-elimination tournament and Finals at Kigali Arena from May 21-28.

About the BAL:
The BAL, a partnership between the International Basketball Federation (FIBA) and the NBA, is a new professional league featuring 12 club teams from across Africa.

The BAL, which is headquartered in Dakar, Senegal, builds on the foundation of club competitions FIBA Regional Office Africa has organized in Africa and marks the NBA’s first collaboration to operate a league outside North America.