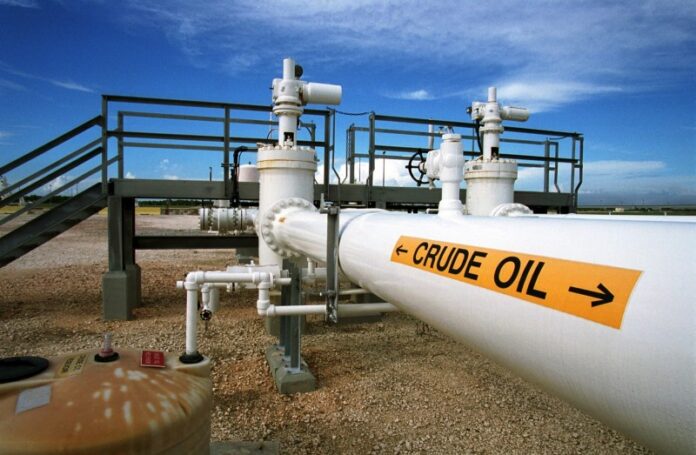 JOHANNESBURG, South Africa, March 24, 2022/ — From October 3 to 7th this year, African and global leaders in the oil and gas sector will converge in Cape Town for Africa Oil Week.

In the lead-up to the conference, the debate around Africa’s use of its natural resources for its benefit is coming into sharp focus, including the conference host country – South Africa.

“Between now and 2030, renewable energy will receive the lion’s share of the new energy generation capacity to be developed,” said Mantashe. “Renewables are expected to grow by 18% of energy supply, and coal is expected to be reduced from 75- to 60% – as one goes up, one comes down. Lobbyists never look at those numbers,” he said.

While underpinning the importance of renewable energy, he addressed the views of those who opposed a just energy transition that includes hydrocarbons as being “explicitly anti-growth and anti-employment”.

This means Africa must be allowed to exploit its natural resources, which is achievable with strong carbon management strategies.

“With strong carbon management, we can reduce emissions from the point we are today without necessarily demonising the oil and gas sector. This requires working together to benefit the continent while meeting the global challenge of climate change in the same scenario”.

Consider that all of Africa’s 55 countries account for only 3.8% of greenhouse gas emissions. And yet African countries rank amongst the most impoverished globally, with millions of citizens living below the poverty line.

According to the United Nations Conference on Trade and Development’s Economic Development in Africa Report 2021 (https://bit.ly/3tx5lUt):

An estimated half-a-billion Africans will live below the poverty line of $1.90 per person per day, increasing from 478 million people in 2019.
Africa was the hardest hit region by the Covid-19 pandemic regarding income loss for poor households.
Crucially, less than half of all African countries have experienced inclusive growth between 2000 and 2020, spanning two decades.

While still experiencing limited growth, South Africa’s economy has faced some challenging headwinds for the past 10 years. The country has also experienced electricity shortages for more than 15 years, further hampered private sector expansion and economic development.

It says that even if South Africa achieved its ambitious decarbonisation targets by 2050, renewables would still meet less than half the country’s energy needs by that date, and thus having a more balanced approach to energy sources is logical and beneficial to all across the continent.

“Significant reliance on gas-fired power over the next 30 years is completely unavoidable,” it said.

The West has promised South Africa $8.5bn if it committed to reducing domestic carbon emissions by 20%-33% before 2030.

However, this does not address the energy deficit required to guarantee energy security and economic growth. And it overlooks the plight of Africa’s people, who have among the world’s highest poverty rates but pollute the least.

A fair transition of energy sources is crucial to the long-term prosperity of Africa.

South Africa’s leaders are rightly skeptical about whether the West’s money will materialise or that it’s being paid off not to enter the oil and gas industry at scale.

South Africa’s president, Cyril Ramaphosa, has established a climate commission to evaluate the impact of implementing a range of energy models for the country. The commission is being spearheaded by the respected former deputy governor of the Reserve Bank and most recently CEO of Absa bank, Daniel Mminele.

He cautiously told the commission, “We are in somewhat uncharted territory with this initiative, and it is vital that we implement a transaction that can serve as a benchmark for emerging markets, low-income countries and developing countries, that would be worth emulating, or at the very least form a basis for further development.”

Public Enterprises Minister, Pravin Gordhan, was more direct about the $8.5billion offer, stating, “How do we now guard against rent-seeking to make sure [climate funding] goes to places where it will be spent properly and that it doesn’t just make a few people extremely rich,” he said.

Also speaking at the National Energy Dialogue, the CEO of Petroleum Agency South Africa, Dr Phindile Masangane, said South Africa has to “understand we are transitioning, we are not switching to, and that oil and gas will still play a significant role, even in the transition.”

He said this was not unlike the approach taken by the United Kingdom and Norway.

It seems inevitable that if South Africa wants to move its people out of poverty and achieve inclusive growth, it has no option but to explore a diversified energy mix. Additionally, the upstream petroleum industry will need to be established and developed.

African countries have a great deal to learn from one another when approaching similar challenges across the continent. Africa Oil Week (www.Africa-OilWeek.com) will be pivotal in the region, adopting a position of solidarity to balance the interests of poverty upliftment, economic growth, and just energy transition
About the Author:
Mntu Nduvane is the former Managing Director of Total Namibia. He currently serves as chairman of the Africa Oil Week Advisory Board and Green Energy Africa Summit.

About Africa Oil Week:
To learn more about how you can get involved, whether to exhibit, sponsor, or attend as a delegate, click here (https://bit.ly/3tATRzm). Enquire now (https://bit.ly/3D7AK2Y) to secure the 2022 early bird savings.

5th Global Conference on the Elimination of Child Labour climaxed, knowledge building and awareness-raising to fight against Child Labour