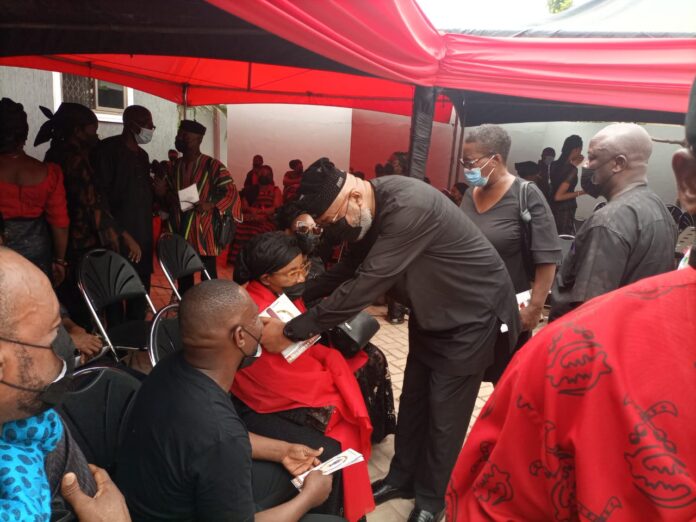 The National Vice-Chairman of the main opposition National Democratic Congress (NDC)  on Saturday joined other mourners and well-wishers at the final funeral rites for the late husband of the party’s former National women’s organizer, Madam Anita Desoso.

The Rawlings lookalike politician attended the well-patronized funeral rite with his entourage on behalf of his party, the NDC.

Mr. Sinare, who is also known as the party’s Zongo President, was accompanied by the special advisor to the speaker of Parliament, Mr. Kofi Ator, and some other regional Executives of the party in the Greater Accra region.

Alhaji said Sinare who was the topmost ranking party official to grace the final funeral rites received a standing ovation.

Hundreds of mourners were photographed getting out of their chairs and extending their necks in order to get a good look at the NDC’s Zongo President and the National vice-chairman of the NDC.

ALSO READ  “Appreciate and Promote the good works and achievements of Nana Addo’s gov't” – Mary Posch-Oduro, NPP National Treasurer hopeful
AMA GHANA is not responsible for the reportage or opinions of contributors published on the website.