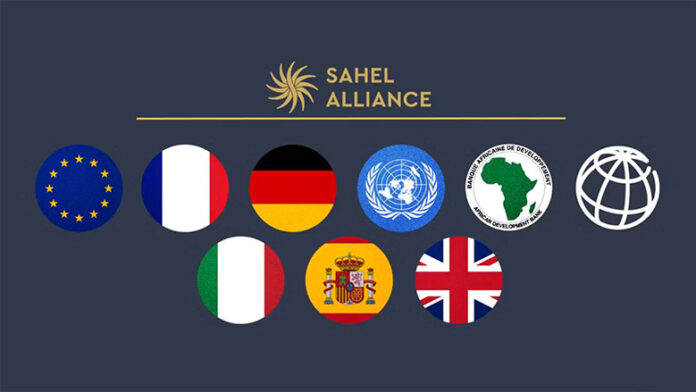 MADRID, Spain, April 7, 2022/ — Representatives of the Sahel Alliance and its partners met in Madrid on 4 April 2022, under the chairmanship of the Spanish Minister of Foreign Affairs, European Union and Cooperation, for the Sahel Alliance’s 3rd General Assembly.

Deeply concerned by the deterioration of the political and security situation, the escalation of crises and a worsening food situation in several G5 Sahel countries, the members agreed on the resolutions that would allow for the continuation and strengthening of their interventions to the benefit of the populations.

In his opening speech, Minister José Manuel Albares recalled the importance of maintaining the focus on the Sahel: “The coordination of the main development actors is more necessary than ever. This is the moment for us, partners, to renew our commitment to the development and stability of the Sahel, for the benefit of the Sahelian people. This General Assembly is a valuable opportunity to do so.”

The Sahel is as much a land of opportunities as it is of challenges. Although the region boasts abundant human, cultural and natural resources, offering considerable potential for growth and development, the deep-rooted challenges it faces greatly affect prosperity and peace. Many areas in the G5 Sahel countries are plagued by rising conflict and tension.

Nearly 2.5 million people have fled their homes over the past decade. Around 6.7 million people are in need of emergency food assistance, a figure that could rise to 10.5 million people if action is not taken soon. This already critical situation is compounded by the unprecedented impact of the war in Ukraine on the global grain and fertiliser market for domestic supplies and assistance to food-insecure populations. Finally, the Covid-19 pandemic has exacerbated the economic, health and nutritional vulnerabilities that populations were already facing.

“Faced with this situation, we must understand that although we, the Sahelian countries, are responsible for the future of our states as leaders, we remain dependent on the international political, economic and financial environment, over which we have little control. Also, the security situation in our countries reminds us of the urgency of development and of our particular responsibility in this area,” said Mahamat Hamid Koua, Chairman of the G5 Sahel Council of Ministers, in his opening remarks.

The members of the Sahel Alliance reaffirm their desire to remain fully engaged with the people of the G5 Sahel: since the launch of the Alliance in 2017, the number of projects they financed has tripled, as have their financial commitments, which have risen from €7.3 billion to €23 billion today.

The presence of the State and the delivery of essential services in all the territories of the G5 Sahel countries, the restoration of social cohesion and of the citizens’ confidence in their public institutions, remain an absolute priority. The members of the Alliance have strongly mobilised for the implementation of the G5 Sahel Emergency Development Programme, which targets fragile border regions and fully contributes to this objective.

The G5 Sahel Emergency Development Programme has shown rapid and tangible impacts: 1,080,000 beneficiaries have already benefited from improved access to water; 125,000 people have received food assistance; 1,572 structures contributing to conflict prevention and social cohesion have been created and 414,000 people have been trained in dialogue, conflict management and mediation. New phases of the funded projects are already being appraised or implemented, almost doubling the amount initially mobilised by Alliance members for this programme (€514 million to date).

Baldeh represented African Development Bank Group President Akinwumi A. Adesina at the Sahel Alliance General Assembly. “In line with the African Development Bank’s newly approved Strategy for Addressing Fragility and Building Resilience in Africa (2022-2026), it is also our belief that creating an enabling business environment and catalyzing private sector investments in the G5 Sahel is essential to promoting a paradigm shift towards wealth creation in local communities. This is necessary for the creation of the much-needed jobs and opportunities for the women and youth of the region,” Baldeh said.

There will be no peace and stability in the Sahel without a profound and qualitative change in the living conditions of the Sahelian people. In the coming months, the Sahel Alliance will pursue and step up its efforts, together with its Sahelian partners, to contribute to this change. It will be able to count on three new full members: Canada, the United States and Sweden. These new memberships reflect an increased representativeness of the Alliance and a strengthened integration within it.

Recommendations of the members of the Sahel Alliance at the third General Assembly:

• Maintain and adapt support for the benefit of the G5 Sahel populations in a context of growing instability and insecurity, so as not to see the gains that have been achieved in terms of development jeopardised. Reiterate the need to respect human rights, humanitarian principles and international humanitarian law, including by the defence and security forces.

• Reiterate support for the G5 Sahel, a privileged partner for cooperation in the Sahel, while being aware of the challenges currently facing this institution.

• Provide a coordinated response for the Sahelian populations and to the major food crisis facing the G5 Sahel countries.

• Continue efforts in the most fragile areas while scaling up action in prevention zones in order to address the root causes of instability and limit the spread of conflicts and crises.

• Strengthen collective support for peripheral fragile areas between the G5 Sahel countries and the coastal states of the Gulf of Guinea, with a view to prevention.

• Strengthen synergies with the Great Green Wall Initiative in the face of environmental and climate-related challenges that make vulnerable populations in the Sahel more fragile.

Others include Mauritania’s Minister of Economic Affairs and Promotion of Productive Sectors, General Francis Behanzin, ECOWAS Commissioner for Political Affairs, Peace and Security, Mr. Eric Tiaré, Executive Secretary of the G5 Sahel, Mr. Maman Sidikou, High Representative of the African Union for the Sahel and Mali and Mr. Djimé Adoum, High Representative of the Sahel Coalition.

Access the declaration of the Alliance’s 3rd General Assembly: Alliance-Sahel.org

On the ground in 41 African countries with an external office in Japan, the Bank contributes to the economic development and the social progress of its 54 regional member states.