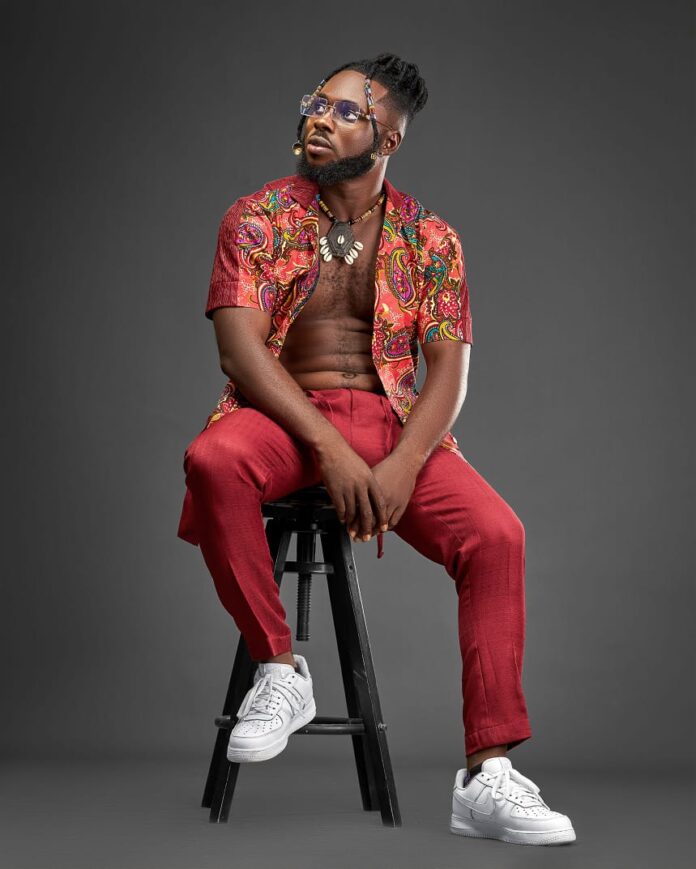 Fast Rising Highlife Artiste OTJ (Obibini Takyi Jnr.) has shared some inspiration behind his music explaining that he writes songs based on the experiences of everyday people to strengthen and encourage them to never give up in life.

He revealed that he takes advantage of the least encounter with people from all walks of life to, as much as possible, learn and relate his songs to those good, bad, and ugly experiences of the journey of life.

OTJ also indicated that the contributions of his late father Highlife Legend Obibini Takyi of Akosombo Nkanea fame paved the way for his music career.

OTJ was speaking in an interview recently with KING FRANKY the Host of M’Adwuma on Wontumi Radio 101.3 in Kumasi as part of the promotion of his new release MAASE. “I believe I represent the true version of my father’s legacy because his music lives in me.

My father’s work and projects during his days had a great impact on me. I also remember at a point when my Mother backed my father in the studio as a vocalist.

To me, I can boldly say I come from a background of musical talents,” he told KING FRANKY. OTJ is managed by First Klass Music with six singles released so far.

These include BOSO POWDER, APUTOOR, HAPPY YOURSELF, BAD ENERGY, SIKA NO ASHI, and the latest song MAASE.

Follow and stream all songs of OTJ (Obibini Takyi Jnr.) across all music streaming platforms including DEEZER, SPOTIFY, APPLE MUSIC, AUDIOMAC, YOUTUBE amongst others.

ALSO READ  Let’s rally behind new regional minister for peace and development—Alhaji Sibdow
AMA GHANA is not responsible for the reportage or opinions of contributors published on the website.