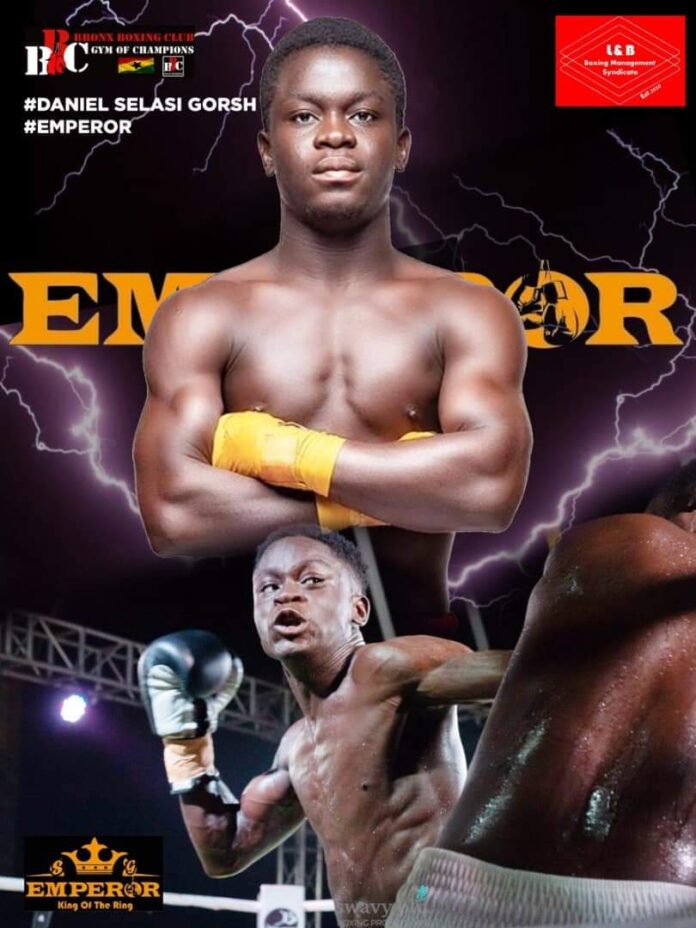 It is a Bronx Boxing Promotions collaboration with Swavy Blu Promotions event which promises to be full of excitement and blows.

According to the promoters, the bill is dubbed ‘Night Of Great Talents’ and they will give boxing fans a great day to remember.

Mr. Samuel Anim Addo, manager of John Laryea said his ward has prepared well and will give a good account so boxing fans should come and see.

Coach Carl Lokko who recently returned from San Juan after attending the WBO Annual Convention also expressed that the two potential world champions will display what boxing fans have missed.

“As you know Bronx is a gym of young champions, and boxing fans are going to see real explosive action, my boys are good to go” he expressed.

The weigh-in comes on Friday 18th at 11am at the same venue.

Tickets for the bout are going for an affordable GHC20 only.

ALSO READ  Nana Prah Agyensaim VI announced as the Guest Of Honour for 47th SWAG Awards Night
AMA GHANA is not responsible for the reportage or opinions of contributors published on the website.